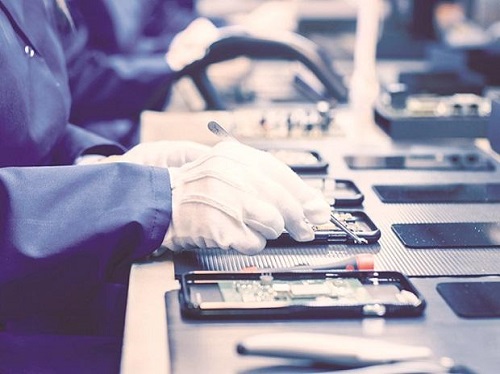 The Centre on Tuesday approved 16 proposals from marquee brands, including makers of Apple devices, under two new flagship schemes, in a move expected to fetch Rs 11,000-crore additional investments in local electronics manufacturing. In turn, this would imply production worth Rs 10.5 trillion over the next five years, giving a fillip to Prime Minister Narendra Modi’s Make in India and Atma Nirbhar Bharat schemes.

A statement issued by the Ministry of Electronics and Information Technology said that of the total, Rs 6.5 trillion worth of electronic goods will be exported by 2025 under the Production Linked Incentive (PLI) plan.

As part of the newly introduced PLI scheme, five applications have been approved from international electronics manufacturing majors Foxconn, Wistron, Pegatron (all three makers of Apple products besides other brands), Samsung and Rising Star. These proposals are expected to translate into production of Rs 9 trillion worth of mobile phones priced above Rs 15,000.

Five proposals from Indian manufacturers — Micromax, Lava, Padget Electronics, UTL Neolyncs and Optiemus Electronics–have also been cleared. These five are estimated to have a potential to manufacture Rs 1.25 trillion worth of handsets in the next five years. In addition, proposals from AT&T, Ascent Circuits, Visicon, Walsin, Sahasra, and Neolync have got the go-ahead. These firms are expected to manufacture electronic components worth Rs 15,000 crore in the country.