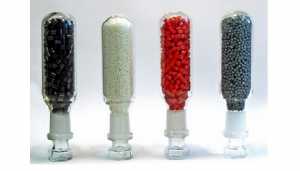 The “Catalyst Laboratory” was founded 100 years ago in Leverkusen, where the CHEMPARK is located today. At that time, the scope of activities was outlined as “work on catalytic reactions involving organic substances”. This laboratory now belongs to the specialty chemicals company LANXESS and operates as a cross-divisional competence center for catalysts and their applications.

On the occasion of the anniversary ceremony held at LANXESS in Leverkusen on December 17, 2018, Dirk Müller, Head of the Global Technology & Innovation team within the Production, Technology, Safety & Environment Group Function, emphasized the importance of catalysis for the chemical industry: “Experts estimate that 80 to 90 percent of all industrial chemical synthesis routes today contain at least one catalyzed reaction step. Catalysts ensure that the desired products are formed under mild conditions, safely, selectively and in high yields. Catalysis is therefore a key factor for energy and resource efficiency. It makes a decisive contribution to sustainability and cost-effectiveness.”

A catalyzed chemical reaction is characterized by increased reactivity and/or selectivity. The catalyst emerges from the reaction unchanged, i.e. it is not consumed itself. Industrial catalytic reactions are inspired by metabolic processes in all living organisms taking place under the influence of enzymes.

From laboratory to production scale

The catalyst laboratory owes its foundation to the growing industrial importance of heterogeneous catalytic reactions in which the catalyst and reacting substrates are present in different phases, e.g. solid/liquid and solid/gas systems. According to a historical report, interest was initially focused on “catalytic oxidations, reductions, hydrogenations, dehydrogenations, exchange and addition reactions”.

For many decades, the laboratory, together with the catalyst production plant made important contributions to the development of highly productive catalytic processes. Many new and improved catalysts were invented, manufactured and further developed here. Numerous operating instructions, recipes and patents bear witness to this.

The performance of such catalysts depends not only on the chemical composition, but also on physical properties such as the shape of the particles or their active surface. For example, solid catalysts can have different forms of appearance. These include powders, pellets or extrudates made from the pure catalyst material, but also ceramic shapes as supports which are impregnated or coated with the catalytically active substance.

For decades, the catalyst laboratory has been intensively involved, for example, with catalyzed reactions within the aromatic network. However, it not only ensures continuity in ongoing production and in established processes, new challenges also have to be mastered.

A current example of this is the development of a specially modified oxidic catalyst that allows the selective alkylation of an aromatic starting compound at the beginning of a longer synthesis sequence.

2 New Electronic Manufacturing Clusters to be set up in WB

DigitalOcean and Stockroom.io to host an online ‘Women Hack’

element14, invests further in region by opening office in Bangalore