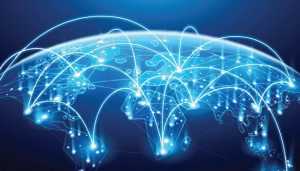 With the new-age skills like Artificial Intelligence (AI), Machine Learning (ML), Robotic Process Automation (RPA) gaining use for development at technology firms, TechGig Geek Goddess 2019 is encouraging participants to build IT solutions using these new-age solutions on popular platforms as Automation Anywhere, JetBrains, that too for free.

These platforms are available for a premium for development projects, but Geek Goddess participants get to work on these on a complimentary basis.

TechGig Geek Goddess 2019 hosts six themes, all based on the technologies that are in demand right now – AI, ML, Cloud, RPA among others. Sample this, the Cloudify Everything required the participants to provide a data science-based solution leveraging Azure ML services or AWS Sagemaker. Many leading IT companies use this tool for development and working on these makes one future-ready! This hackathon theme has got over 4,403 registrations.

Themes as RPA Hackathon – which clocked over 5,824 registrations – test the participants’ skills on RPA by using AI to build a bot which can make a ground-breaking contribution for social causes.

“TechGig Geek Goddess was envisaged to bring out the best skills in Indian women technologists. Indian women developers are trying out these technologies aggressively, and not just AI or ML or Cloud independently but, together in different combinations. Their work at TechGig Geek Goddess 2019 shows the eagerness of women programmers to trying out new-age technologies,” said Sanjay Goyal, Business Head, TimesJobs and TechGig.

“This year, we added a unique opportunity of trying out a bouquet of technologies like AI, ML, Cloud to formulate solutions and the contestants tries these with much enthusiasm. We have got a good response for progressive technologies as RPA, which are being widely used in the industry today. The problems statements for different themes have been posted by companies as Automation Anywhere, Hexaware Technologies,  American Express and others. The participants here are getting to work on business challenges, which is a unique opportunity and will help these contestants in their careers later as well,” said Ram Awasthi, VP-Technology, Times Internet.

In its fifth edition, TechGig Geek Goddess has clocked more than 70,000+ registrations. Like last year, this too TechGig Geek Goddess is presented by American Express, a globally integrated payments company. Goldman Sachs, a leading global investment bank and active investor in India, is the contest’s platinum partner this year.

TechGig Geek Goddess 2019 was opened for registration on August 19 and was buzzing with activity ever since. The first round concluded on October 21. The code submissions will undergo subsequent shortlisting and finalists will be invited for the last round of coding in Bengaluru on November 8.

Internet Grows to 332.4 Million Domain Name Registrations in the Fourth...

New Applications facility to be opened with high level of equipment...