MENUMENU
Home Technology Without safety, there is no future for autonomous driving 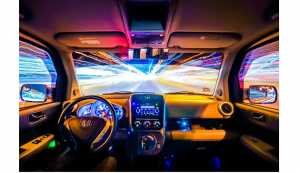 In my role as Arm’s automotive lead, my team and I are constantly talking with both car makers and our automotive ecosystem (the top 15 automotive chip makers license Arm IP) discussing progress toward fully-autonomous driving. We of course talk about how we can address their performance, power and security requirements, but most of the discussions often focus on safety.

Safety is the highest priority for car makers we talk with, for both the obvious technology factors associated with autonomous systems controlling all aspects of driving, but also to ensure that human passengers can trust their automated driver. If consumers don’t trust the autonomous systems in their cars are safe, then mass market acceptance of this technology will be slow to happen.

Ironically, it’s a human factor, driver error, autonomous driving is expected to eliminate. Considering 94 percent of all accidents are a result of driver error, fully-autonomous driving is expected to significantly reduce the number of accidents and fatalities. It is why safety cannot be an afterthought and take a backseat to performance, power-efficiency and security when developing autonomous-class SoCs and systems. Unfortunately, the path to level 5 autonomy has been paved with prototypes, often based on power-hungry, expensive data center CPUs lacking even the most basic functional safety features.

Getting ‘Safety Ready’ for the next levels of autonomy

The Safety Ready program encompasses Arm’s existing safe and new or future products which have been through a rigorous functional safety process, including systematic flows and development in support of ISO 26262 and IEC 61508 standards. Safety Ready is a one-stop shop for software, tools, components, certifications and standards which will simplify and reduce the cost of integrating functional safety for Arm partners. By taking advantage of the program offerings, partners and car makers can be confident their SoCs and systems incorporatethe highest levels of functional safety required for autonomous applications.

The Cortex-A76AE is a game-changing new CPU uniquely designed for automotive and optimized for 7nm process nodes. AE stands for “Automotive Enhanced” and any Arm IP with the AE designator will include specific features addressing the requirements of in-vehicle processing.

Car makers can also design their autonomous systems to require watts and not the kilowatts required for today prototypes thanks to Arm’s leadership in power-efficient computing in Cortex-A76AE. Lower-power also enables a more energy-efficient use of vehicle battery power combined with thermal efficiency to aid the packaging of compute capability while extending the range of vehicles for a lower total cost of driving.

Scalability only the Arm automotive ecosystem can deliver

Development costs are increasing exponentially as the software complexity and volume for autonomous systems is rising dramatically. To put this in perspective, it’s predicted that a Level 5 vehicle will require a billion lines of code, whereas a Boeing 787 Dreamliner requires 14 million lines of code. Arm and its robust automotive developer ecosystem are simplifying and reducing costs across all layers of automotive software stacks and the tools on a common architecture.

The Cortex-A76AE is the first in a roadmap of “Automotive Enhanced” processors which will deliver the fullest functional safety capable IP portfolio in the industry. The new roadmap includes “Helios-AE” and “Hercules-AE”, all optimized for 7nm.

Arm has been designing chips for automotive applications since 1996 and only Arm can address the compute needs of the entire vehicle from bumper to bumper. It’s why the top 15 automotive chip makers are Arm licensees, and why Arm-based silicon powers more than 65 percent of today’s ADAS applications as well as 85 percent of IVI applications. By delivering safe, autonomous-class compute solutions to the industry, Arm and its ecosystem are ensuring safety is not an afterthought and helping car makers earn the consumer trust required for the mass deployment of safe and fully-autonomous vehicles. 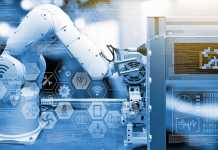 Where the end justifies the means 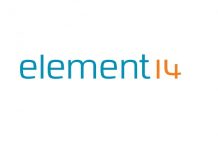