Home News India News Wi-Fi has the best security, when it comes to the IoT 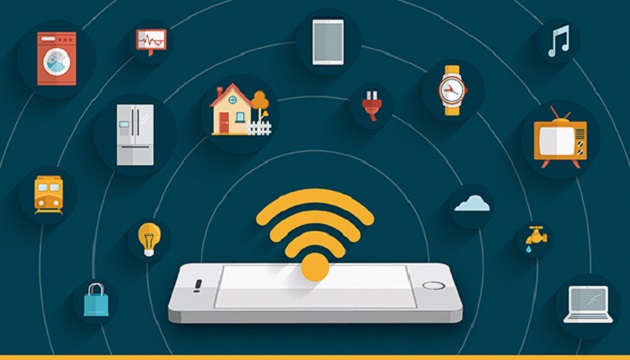 When it comes to connecting internet of things (IoT) devices, there is a wide variety of networks to choose from, each with its own set of capabilities, advantages and disadvantages, and ideal use cases. Good ol’ Wi-Fi is often seen as a default networking choice, available in many places, but of limited range and not particularly suited for IoT implementations.

According to Aerohive Networks, however, Wi-Fi is “evolving to help IT address security complexities and challenges associated with IoT devices.” Aerohive sells cloud-managed networking solutions and was acquired recently by software-defined networking company Extreme Networks for some $272 million. And Aerohive’s director of product marketing, Mathew Edwards, told me via email that Wi-Fi brings a number of security advantages compared to other IoT networking choices.

It’s not a trivial problem. According to Gartner, in just the last three years, approximately one in five organizations have been subject to an IoT-based attack. And as more and more IoT devices come on line, the attack surface continues to grow quickly.

Why Wi-Fi more secure for IoT?

“Extending beyond the physical boundaries of organizations, Wi-Fi has always had to be on the front foot when it comes to securely on boarding and monitoring a range of corporate, guest, and BYOD devices, and is now prepared with the next round of connectivity complexities with IoT,” Edwards said.

Just as important, though, new Wi-Fi capabilities from a variety of vendors are designed to help identify and isolate IoT devices to integrate them into the wider network while limiting the potential risks. The goal is to incorporate IoT device awareness and protection mechanisms to prevent breaches and attacks through vulnerable headless devices. Edwards cited Aerohive’s work to “securely onboard IoT devices with its PPSK (private pre-shared key) technology, an authentication and encryption method providing 802.1X-equivalent role-based access, without the equivalent management complexities.”

The IoT is already here—and so is Wi-Fi

Unfortunately, enterprise IoT security is not always a carefully planned and monitored operation.  “Much like BYOD,” Edwards said, “many organizations are dealing with IoT without them even knowing it.” On the plus side, even as “IoT devices have infiltrated many networks, administrators are already leveraging some of the tools to protect against IoT threats without them even realizing it.”

He noted that customers who have already deployed PPSK to secure guest and BYOD networks can easily extend those capabilities to cover IoT devices such as “smart TVs, projectors, printers, security systems, sensors and more.”

In addition, Edwards said, “vendors have introduced methods to assign performance and security limits through context-based profiling, which is easily extended to IoT devices once the vendor can utilize signatures to identify an IoT device.”

Once an IoT device is identified and tagged, Wi-Fi networks can assign it to a particular VLAN, set minimum and maximum data rates, data limits, application access, firewall rules, and other protections. That way, Edwards said, “If the device is lost, stolen, or launches a DDoS attack, the Wi-Fi network can kick it off, restrict it, or quarantine it.”

Audio, Camera, and PoE Maker Board Expansion Products Give Developers an...