Use Wi-Fi Soon on Indian Flights 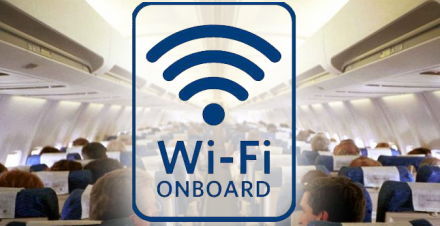 A generation that lives and breathe internet, has to lose access to it, while flying in India, where internet service is unavailable at 35, 000 feet above.

This will soon be a passé by 2017, as various domestic airlines are prepping up to roll out in-flight Wi-Fi with speeds as good as 5 Mbps.

Honeywell Aerospace is one of the companies enabling airlines in India to go online, mid-air.

The growing need for more data bandwidth and speed at a lower cost has resulted in airlines moving to the new network standard.

With the help of firms like Honeywell, the Civil Aviation Ministry, along with the Directorate General of Civil Aviation, Government of India (DGCA) has finally got the confidence to go ahead with this technology.

For a country that’s kept away from standardising in-flight Wi-Fi usage, Sasi Kancharla, Honeywell Aerospace India, points out the work that is to be done for airlines to get required approvals from the ministry.

“Airlines in India will have to bring software and hardware capability to its fleet. This increases the weight of the airlines. It is doable for long haul and big aircraft, but it is difficult for the narrow body/short haul flights,” says Sasi Kancharla, Honeywell Aerospace India.

Apart from this, he also stressed on the need for airlines to focus on the security bit that comes along when using data connectivity.

Onlookers are positive about DGCA and the Civil Aviation Ministry going ahead with the plan, and now it is up to the airlines to get their systems upgraded at the earliest.