10 Massive Solar Parks are being built in the World. But How Many of Them are in India? 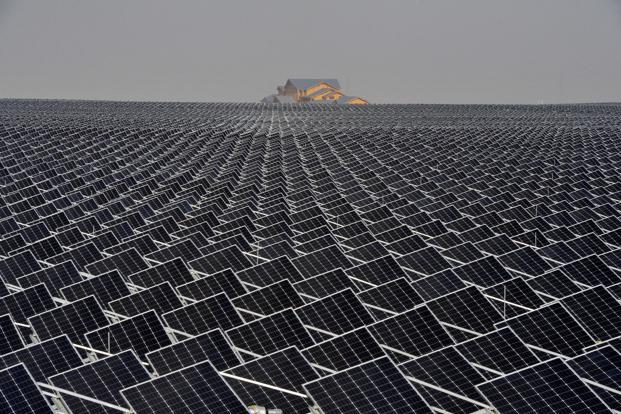 Courtesy, the intermittency, and the unpredictability of the sun, solar power has had its fair share of critics; especially when pitched against traditional energy stalwarts like oil, coal, and gas. And yet, that hasn’t stopped nations from investing heavily in the PV (Photovoltaic) technology.  The PV technology, given these large investments, seems to be on the move, and in developed nations like China, the US, and Japan, it has already found a lot of takers.

The sign then is clear. The world has unanimously embraced the fact that solar power will be the future of energy in the coming years. Thankfully, India has managed to thrust itself in the solar bandwagon and looks on a steady course to establish itself as a major solar nation in the time to come. A recent report published by US-based Institute for Energy Economics & Financial Analysis (IEEFA) states that 5 of the 10 biggest upcoming solar projects in the world are in India.

There is good reason to be happy about that fact. Experts of the energy world estimate that by 2020, solar would contribute more than 10 per cent to the global energy needs. Interestingly showing similar trends, over the last financial year, 2017-18, India contributed 8 GW to the 98 GW of the global addition of solar capacity. That translates to roughly 8 per cent of the total global solar capacity. As things stand today, India has an installed solar capacity of 21, 651 MW. But with 5 of the biggest solar parks soon to be operational, that number is only going to increase. As solar energy becomes more mainstream, and accessible, costs will come down. And that would eventually lead to the opening of more such plants around the world.

For now, here are the 10 biggest upcoming solar projects in the world:

When installed to its fullest capacity, the Bhadla Industrial Solar Park in India’s Rajasthan will produce 2.225 MW of energy. That would easily make it the biggest solar park in the world. Interestingly, when the bids for tariff opened, the solar facility received one of the lowest bids at Rs. 2.44/kWh. The Bhadla solar park is spread across a humongous area of about 10,000 acres.

China’s biggest private investment firm, China Minsheng has invested in a solar farm with a reported solar capacity of 2,000 MW. Following its completion, it will be the joint-second largest solar farm in the world.

Egypt’s biggest utility solar project, upon completion, will have an installed capacity of 1,800 MW. As of now, the Egyptian government is taking small and significant steps in the completion of their grand solar venture. They have been floating tenders for installation of 50 MW. This way, they can complete the project sooner than expected and at a much cheaper price.

Spread across a total area of around 8,000 acres, the Ananthapuram Ultra Mega Solar Park is the biggest solar park in the Indian state of Andhra Pradesh. In 2016, Indian company Tata Power commissioned a solar project of 100 MW using indigenously manufactured solar cells and panels in the park. It was the biggest such initiative back then. In July this year, it was announced that a further 750 MW would be added to the park taking its total solar capacity to 1,500 MW.

The first phase of the park was targeted at installing only about 13 MW worth of energy. However, due to the UAE government’s dedication towards the project, bids for an additional 1,000 MW were awarded, later on, taking the total capacity of the solar farm to 1,0013 MW. This makes it the biggesr5 solar project in all of the Middle East. It is interesting to note that oil-rich Middle Eastern countries are seriously investing in solar energy- an indication that the tag of future of energy is not for nothing.

Andhra Pradesh seems to really know the worth of solar energy. It is the only Indian state on this list to house two of the biggest solar projects in the country. The Kadapa solar park is spread across a huge landmass of more than 6,000 acres. The Union government commissioned an installed capacity of 1,000 MW for the Kadapa plant back in 2015. Bids to install 250 MW and later 650 MW have already been received.

India’s noisy neighbours too, seemingly don’t want to miss the solar bandwagon. Despite all the internal problems that have marred the progress of the Asian country since its inception, the commitment of its government to commission a 1,000 MW solar plant is commendable.

With a proposed solar capacity of 750 MW, the Rewa Solar Park in Madhya Pradesh, India will be one of the biggest solar plants in the world. Most of the energy produced by the Rewa plant will be sold to the Delhi Metro to reduce its dependence on traditional energy means.

Clearly, India has laid down a solid infrastructure to be an important part of the energy future. It is well on its way to becoming a major solar nation in the next decade or so. Yes, there are still some concerns that need to be addressed. For instance, a lot of work needs to be done to store the energy produced by these solar plants. India also draws blank in concentrated solar power. Then there is still some confusion around the tax structure on several solar products. When all these issues would be taken care of, the sun would surely shine brightly in India’s future.