Top 10 Solar Companies in the World 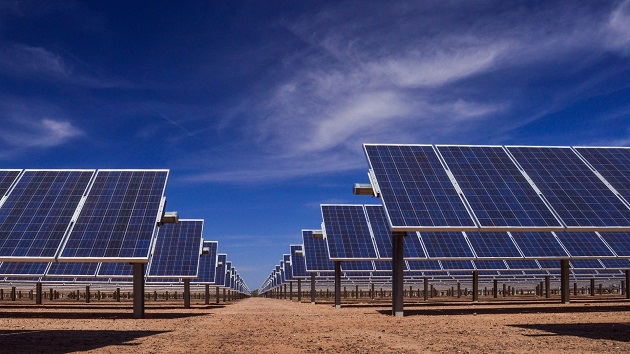 Our editorials and features have always, rather equivocally, advocated the use of alternate sources of energy; especially solar. We believe that the harm we’ve been causing to the world in the name of technological development has to come to end, sooner rather than later. There is good reason for that. The rate of growth in population is on an upward curve barring a few countries, which means that in a few years we will have many people but not enough resources to accommodate them. If we are to develop as a world, we have to think of inclusion. It is our prime responsibility to make the best use of the resources we have today so that the coming generations don’t have to suffer.

Amid this, solar energy comes out as perhaps the biggest boon to mankind today. You can run out of drinkable water, you will surely run out of coal, but you can never run out of the sun- unless of course it is a cloudy day. Earlier, we ran a story on our website that highlighted the biggest Indian companies in the solar sector. Keeping in tandem with that story, we decided to broaden our lens and take a look at the biggest solar companies in the world. Following hours of research by our research team, we were finally able to map out the leading companies in the solar industry globally. The good news? Asia dominates the list. Concerns? Indian firms find it hard to make it to the global list of the bigwigs.

Here is the list of the top 10 solar companies in the world:

Here is a company that holds somewhat of a significance as far as the Indian context is concerned. Of all the solar rooftop solar projects in India today, most of the panels have been supplied by Trina Solar. In fact, Trina is India’s biggest supplier of solar equipment of all international companies that do business with India. While the exact sales of the Chinese firm for 2017 were hard to find, what did come up in our research is that as of 2014, the firm had shipped a total of 11 GW of solar modules.

Canada has laid a lot of emphasis on the use of solar energy. And as a result, Canadian Solar, which is a publically traded company has emerged as the biggest solar company in the Americas owing to a highly favourable business environment. The firm also marks as the only presence from the Americas region. The company has manufacturing facilities scattered across Canada, Latin America, and Asia with Canada and China being the biggest units.

The Chinese government provided a subsidy to JA Solar and since then the company took off on the global stage. Following the attractive subsidies by Beijing, a lot of investors from the world took interest in JA Solar and that helped the firm’s net worth skyrocket. Based in Shanghai, the company is engaged in the production of solar cells and modules that shipped across Europe, Americas, Africa, and Asia.

Headquartered in South Korea’s capital Seoul, is the youngest company on this list as it began operations only in 2015. However, in less than three years, the South Korean firm has thrust itself among the pioneers of solar technology. Q Cells caters largely to the demanding European and Japanese market as of now. But with two huge manufacturing plants under its belt, it has plans to soon enter new markets.

Based in the Chinese province of Hong Kong, GCL-SI was founded in 1990. Since then, the firm has grown leaps and bounds. As of now, the firm boasts of a 22.2 per cent market share in the silicon market and supplies a shade under 30 per cent of the total global wafer capacity wafer yield.

Joining the list is yet another Chinese firm that has shown vested interests in manufacturing solar modules in India. The firm recently announced that it has plans to set up 1 GW solar PV manufacturing facility in Andhra Pradesh. As of now, the company aims to manufacture a total of 45 GW of monocrystalline wafer production capacity by 2020.

This Chinese company is one of the most prominent solar energy companies in the world mainly due to its solid repo in manufacturing solar cells and solar modules. Through a strategic expansion process, the company has acquired several firms and that has given it the capital and infrastructure to manufacture solar equipment. As of 2014, Shunfeng completed the production of about 2.4 GW of solar modules.

Kyocera is a Japanese multinational firm with a particular stronghold in the global solar market. Among an arsenal of things that the firm manufactures, its solar equipment is considered to be its best produce. Currently, Kyocera is manufacturing solar power generating systems.

Finishing off the list is another Chinese firm that is renowned across the globe for its solar panels. In fact, industry sentiments suggest that solar panels made by Yingli are among the best in the world. The firm started operations in the year 1997 and for two years in a row, in 2012 and 2013 was also the number one PV module manufacturer in the world.

So there you have it. As evident from the list, China’s clout in the global solar market remains as strong as ever. A business friendly government in Beijing has really pushed the nation’s solar equipment manufacturing prowess to such a level that there are not only those Chinese companies that make solar panels and modules for other companies, but also those companies that are Chinese in origin who do their own work without any outsourcing. New Delhi should look at Beijing because there are a lot of lessons that can be learnt from the Chinese. Here’s to the hope that the solar technology prevails in the world and the sun keeps shining as bright as ever in the future of the world.