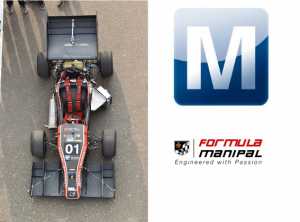 Mouser Electronics, Inc. announced that it will be a major components sponsor of Formula Manipal, a multi-disciplinary student team from Manipal Academy of Higher Education that strives to design and build next-generation formula-style race cars. Formula Manipal is set to compete at the Formula Student Austria 2018 race at the Red Bull Ring track in Spielberg from 29 July to 2 August 2018.

“From our founding over 50 years ago, Mouser has supported electronics education in many forms,” said Mark Burr-Lonnon, Mouser’s Senior Vice President of Global Service & EMEA and APAC Business. “We are proud to sponsor Formula Manipal as the team competes in Austria. Competitions like Formula Student Austria provide students with a platform for innovation and a chance to solve real engineering challenges.”

Formula Student Austria is part of the 2017 – 2018 Formula SAE Competition Series, which challenges teams of university undergraduate and graduate students to conceive, design, fabricate, develop, and compete with small, formula-style vehicles. Teams compete against teams from other universities around the world. Formula Student Austria will showcase 49 teams from all over the world shortlisted from the 100 applicants, including two teams selected from India.

For the past year, Mouser Electronics has been the components sponsor of Formula Manipal. The team uses BEI position sensors for measuring damper and suspension travel. The team also uses Beaglebone Black single board computers to communicate with wide range of sensors, servos and other hardware units.