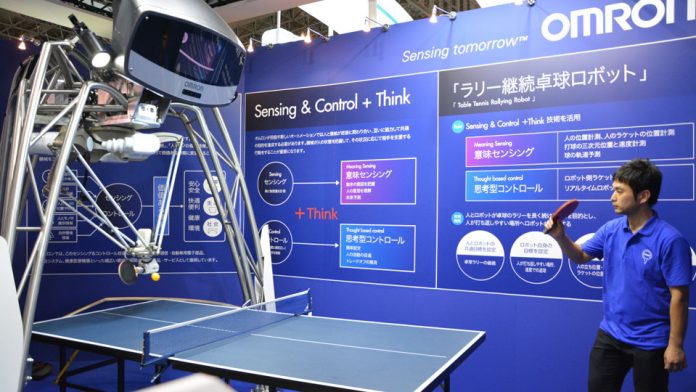 Omron’s  Forpheus officially recognized by Guinness World Records for being the “first robot table tennis tutor,”   Omron’s latest version of its robot is a whiz with the bat, able to comfortably keep a rally going with its human opponent.

A fun feature that helped the setup earn its “tutor” label is the LED screen on the table’s net that shows messages of encouragement between points, while also counting the number of shots in a rally.