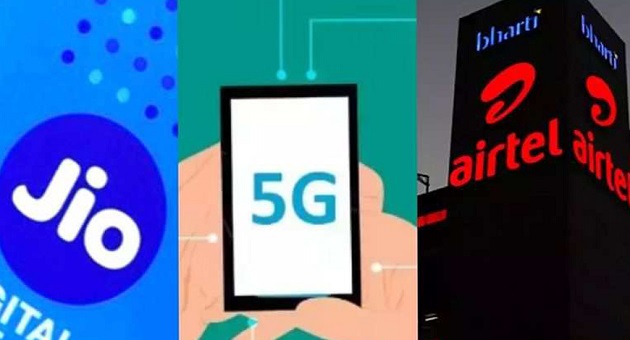 The battle for 5G is suddenly hotting up. In an unexpected move last week, Bharti Airtel announced that it had become the first telco to demonstrate live non-standalone 5G service over its commercial network in Hyderabad, using existing spectrum in the 1,800 band. And on the same day communications minister Ravi Shankar Prasad extolled the fact that the 5G core (the heart of the network) should be made in India and said his ministry would soon give the much-delayed permission for trial runs of the technology.

The Airtel move comes just a few months after Reliance Jio quietly tested its own indigenously designed standalone 5G radio and core far way in the US on a Verizon 5G live network (its application for 3,500 and millimetre band spectrum for testing in India is pending). Reliance, however, declined to talk about it. During its investor presentation on its quarterly results a few days ago, the company announced that its indigenous core and radio has achieved throughputs of 1 GBPS or nearly 10 times the highest speeds for 4G.

Analysts say Airtel’s decision to showcase its 5G prowess was mainly to allay concerns that it might trail Reliance Jio in the 5G preparedness game. After all, in the 4G space, Airtel was the first to launch the service in the country in 2012 but could not leverage its first-mover advantage, mainly because it was unable to anticipate Jio’s disruptive entry four years later.

The concerns about Airtel’s 5G readiness came out in the open a few weeks ago when Sunil Mittal stated at the Indian Mobile Congress that 5G is two to three years away in India. Yet at the same forum Mukesh Ambani created a stir when he said Jio was ready to launch 5G services in the second half of this year, once spectrum was auctioned.

To be sure, despite all the noise of India taking the lead in 5G, it is already behind the curve. As much as 15 per cent of the global population already has 5G coverage and by the end of 2020 there were 200 million customers and 113 operators across the globe offering 5G services.

The four key things required to power 5G services are: Auction of adequate spectrum in the 3500 and millimetre bands like 26-28 GHZ bands; a 5G devices ecosystem and their availability at affordable prices; cash flows with telcos to invest in the high speed network; and appropriate technology such as leveraging open radio networks (known as O-RAN) which will help reduce costs and allow for faster rollouts.

Both Jio and Airtel are betting on O-RAN-based technology, which allows operators the choice to buy software and hardware from an array of vendors and integrate them rather than depend only on a few gear makers such as Nokia or Ericson.

The new approach reduces capital (saving of 40 per cent) and operating costs (by over 35 per cent), enables faster rollout (as technology is more software loaded which can be remotely upgraded rather than hardware dependent), and offers flexibility in telecom network management.

But beyond that, the two have very different approaches.

Jio’s approach has been to build an indigenous network based on 5G radio and the core by its in house R&D — which is writing the software, designing the products and even plans to manufacture hardware on its own or through third-party players. Jio will have its own team for system integration. It hopes to offer this end-to-end architecture to other competing global operators and make it a new business opportunity.

Bharti’s approach is one of collaboration. “We want to get the best quality and the lowest cost for our networks. We are not looking at becoming an R&D provider for the world,” said a senior executive of the company.

So Bharti has tied the knot for technology with a bevy of players — Japanese hardware giant NEC, Taiwanese major Sercomm, cloud player Red Hat in the US, and Texas-based start-up Mavenir — to build the network. It is also working closely with US-based Altiostar (which has been bought over by Japanese telco Rakuten) to help build the virtual software architecture as well as co-design software with them. And it is open to tying up traditional gear makers, which are also looking at reorienting their business models to meet new realities.

But the consensus is with the high levels of software in the network, rollout time has got squeezed dramatically. In China, telcos launched 5G in over 50 cities in only five months. In India, they expect to roll out in central business districts of large cities within six months of getting spectrum and 18-24 months across the country.

Gear makers said telcos have to spend anything between $7 billion and $10 billion to roll out a standalone 5G network (without spectrum) across the country. And both Airtel and Jio have the financial muscle to do so. However, given that it has fewer towers and fibre than Jio, Bharti’s investments would be on the higher side. Also, Jio’s parent RIL, which has a debt-free balance sheet, will find it easier to finance the rollout than its rival.

The more important issue would be when, how much and at what base price the government will offer 5G spectrum in the 3,500 bands. Telcos have said that calculated on the basis of the base price they have to fork out Rs 3.63 trillion together, which is too high and they will not participate until it is reduced. The government has not budged but it might be looking at a longer staggered payment scheme. The good news is that discussions are in the final stages in government on resolving the competing demands of defence and space, which together hold 125 Mhz in this band and have refused to shift out. Without this, there won’t be enough spectrum (175 MHz) for three or even two 5G players (a minimum 100 MHz is required for 5G).

At the user end, the prices of 5G mobile devices are set to fall this year. They are already 18 5G models in the market and Qualcomm predicts that by the end of 2021, 60-70 per cent of the smartphones sold in India will be 5G-enabled. And with new more cost-effective chipset, prices of 5G phones would be between Rs 10,000 and Rs 15,000 pretty soon. The ground is rapidly being created for the next big technology battle.

Decoding 5G Technologies
Non-Standalone
It’s an interim architecture that enables operators to leverage their existing investments in their 4G LTE networks and core and reduce capital costs. Although it offers higher speeds and is good for offering last-mile wireless mobile broadband to homes, several new and lucrative services cannot be enabled on this platform. Airtel used this technology.

Standalone
In this, a network has to be built with a new 5G core and new radios that work on 5G bands. It offers low latency, which only can power machine-to-machine operation, enable automation, remote robotic surgery, autonomous vehicles and be the backbone for building smart cities. Jio used this technology.

Who has adopted what
Globally, most networks are non-standalone, but Singapore, China and South Korea are using standalone. By the end of this year, many more will join in. Business Standard News