Tamil Nadu Gets Ready to Emerge as Aerospace and Defence Hub 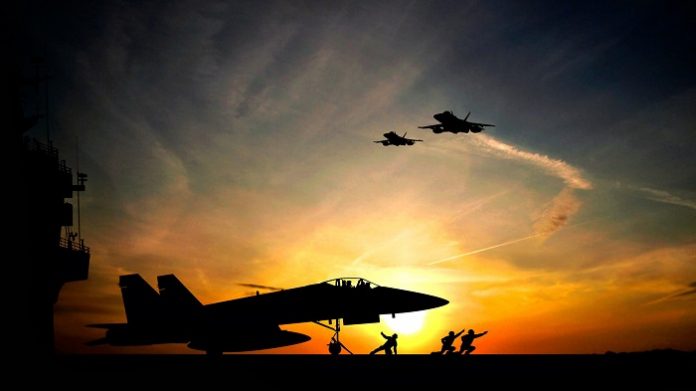 It’s been close to four years since the Centre announced its plan to establish defence corridors in Uttar Pradesh and Tamil Nadu with an aim to become ‘Atmanirbhar Bharat’ in manufacturing and service of aerospace and defence equipment.
The plan behind the defence industrial corridors is to catalyse indigenous production of defence and aerospace-related items and promote growth of private domestic manufacturers, MSMEs and startups in the defence sector.

But progress of the project has been limited due to multiple reasons including the outbreak of the pandemic. Further, the industry is characterised by the long gestation needed for decision making and implementation of projects, given the sensitive nature of the sectors. The low volumes on offer also make it tough for projects to evolve from concept to reality.
Tamil Nadu has been silently going about identifying its advantages and converting it as opportunities to emerge stronger in the aerospace and defence segments. The aim is for Tamil Nadu to emerge as the manufacturing and service hub for aerospace and defence industries in the country.
In Tamil Nadu, the defence corridor plan identified Chennai, Trichy, Salem, Hosur and Coimbatore as areas of focused development for the targeted sectors. The state also unveiled an exclusive Aerospace and Defence Industry Policy in 2019.
“After unveiling the policy, the state has so far received around ₹961 crore from public sector undertakings and around ₹1,150 crore from the private sector for setting up units. We have also engaged KPMG as a strategic partner to identify the potential and scope for developing Tamil Nadu into a major hub in aerospace and defence,” said N Muruganandam, principal secretary, industries department.
A defence park will come up in 400 acres at Sulur near Coimbatore, while more such exclusive facilities will be established at Ulundurpet, Salem and Trichy, besides the 250-acre aerospace park established near Chennai.
According to him, some of the leading companies include L&T Defence for missile parts and Data Pattern’s facility at Siruseri for radars and Bengaluru-based Bharat Electronics Limited (BEL), which has now established a base in Chennai, besides LMW and TVS group among others. BEL, which has so far been focusing on electronic components, will now be taking over the premises of Tamil Nadu Explosives Limited (TEL), Katpadi, near Vellore on lease and revive the unit, which has long ceased to be operational. It will start making explosives.
“Our objective is to emerge as the manufacturing and service hub for the entire aerospace and defence industry of the country. Our action plan is centered around how to establish the ecosystem to enable this to happen. Hence we have opted for a multipronged approach to enable the entire ecosystem to support the requirement,” said Wing Commander P Madhusoodhanan, consultant — aerospace and defence, with stateowned Tidco.
The Aerospace and Defence Industry Policy was unveiled to showcase the state’s intent in establishing such an ecosystem that will include both established large players and emerging startups. The policy laid out the vision for the sector and what is on offer for the industrial units. “While the first version was released in 2019, an updated version was to have been unveiled in February this year to offer something better for the industry. But since assembly elections were announced it could not be done at the time,” he said.
“As part of the ecosystem, we are planning to build common testing and facility centres in all five nodes. These common centres will do away with the need for companies to establish individual facilities,” said Madhusoodhanan. KPMG has identified around 40 Tier-1 and Tier-2 companies, besides 300 other companies to be part of the ecosystem. “The total committed investments have crossed ₹10,000 crore, while around ₹2,000 crore has already come in. Once we rope in a big brand or two, Tamil Nadu will establish itself in a big way,” he said.
While several initiatives are being undertaken by the state, industrialists say there has been very little development in Salem and Hosur, and marginal development in Coimbatore. M V Ramesh Babu, director of Codissia Defence Innovation and Atal Incubation Centre (CDIIC), said they have incubated 10 startups to manufacture defence components. While one unit has started supplying products — unmanned aerial systems, two more have commenced production. Inaugurated in 2020, CDIIC is the first defence innovation hub in India, supported by the Defence Innovation Organisation and Atal Incubation Centre from Niti Aayog. “This year we are incubating 15 more startups,’’ he said.
At least 140 more medium and small industrial units have approached and Codissia is in the process of identifying companies capable of supplying components to defence units. Next year, these units will start manufacturing and supplying components to the defence sector, he said. The products range from window wipers for naval ships to rear view mirrors for fighter aircrafts. While larger units are yet to come up, a start has nevertheless been made.