MENUMENU
Home Industry News Sustaining the Momentum of a Transformation 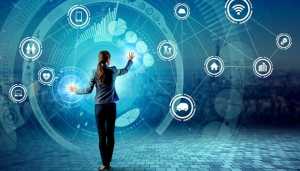 India saw some landmark transformation this year. Infrastructure, manufacturing, digital economy, reforms in banking sector, welfare program on social front, MSP declaration on agriculture produce and international diplomacy are such points to be noted. These building blocks will play a crucial role in the time to come for better Indian economy in the future.

Sales revenues across electronic component markets in Europe, US, Asia and most international countries are continuing to demonstrate solid growth. Economists are bullish about the current situation that brought about by the exponential pervasiveness of tech-based goods in our daily lives. Same is the state of affair in the overall Indian economy that has been improving by grace of economic reforms done during the last four years. For India it is the time to align with the world for economic growth and prosperity.

A major driver of electronic components industry growth in 2019 and beyond will undoubtedly be related to the deployment and availability of fifth generation networks. The global electronic components industry is set to benefit from the plethora of next-generation applications that include autonomous vehicles, smart factories, sensors in smart cities and systems for the backhauling of aggregated data. Design, manufacturing and deployment of the 5G infrastructure is going to drive growth much faster than historic rates.

Autonomous wearable electronics are projected to enjoy a substantial growth in 2019. Despite the industry’s obsession with the next big thing, products like laptops and LCD TVs are proving to be resilient, as manufacturers invest to reinvent these older technologies.

Use of robotics and automation was considered to be one of the latest trends in the electrical and electronics manufacturing market. Sensors are being used in various machines to access invaluable data for improving efficiencies and reduce potential breakdowns. 1.2 million Industrial robots are expected to be deployed by 2025, thus indicating a rise in automation and robotics technology adoption to improve productivity and reduce production costs.

The momentum created in India over the last years’ work will jeopardies if the voters are beguiled and made confuse over the performance and achievements of Centre government. The recent outcome of election results in three states in India may be dubbed as anti-incumbency and local affairs, but the decisions like enemas loan waver as a norm will unnecessary put pressure on the economy and proved to be counter-productive. Instead of empowering the farmers, making them dependent by malpractices will only harm the economy. Six lakh crores of welfare funds annually could have been used to strengthen the basic infrastructure in the field of higher education, research and development and other basic development that could have been instrumental for country’s future progress.

Change is important, but if you can’t really sustain the change or visualize the bigger picture, your carving for change will just be a mirage. There are so many people who quit so quickly just because they believe in miracle. Hold strong to your faith. Better days are being prepared. Be patient enough to get rewarded for all your toil.

Let the dawn of new era only illustrate the collective consciousness of the nation towards embracing and full filling promises with the people of the country. We wish ourselves prosperity, mirth, happiness and ecstasy in 2019. 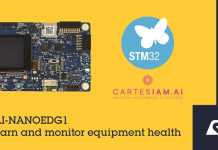