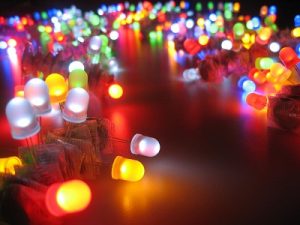 The IEA (International Energy Agency) 4E SSL Annex has issued seven new documents establishing performance guidelines for LED-based solid-state lighting (SSL) products in specific applications. The agency that has backing from major countries around the globe hopes to harmonize performance requirements across regions, although for now market-transformation or regulatory programs within countries will not be compelled to acknowledge the recommended guidelines. Still, the new SSL performance documents covering areas from omnidirectional A-lamps to street lights represent the thinking of some of the top experts in the LED lighting sector.

The SSL Annex is an organization that was formed to advise member countries on quality- or performance-assurance programs for SSL, and operates under the IEA Energy Efficient End-use Equipment (4E) Agreement initiative. Key members of the SSL Annex include the US, the United Kingdom, Korea, Sweden, France, Australia, the Netherlands, China, Japan, Denmark, and more. The SSL Annex has no authority to influence programs such as Energy Star in the US or similar programs elsewhere, but hopes to establish guidelines that can unify such programs globally.

Back in 2011, the SSL Annex first publicly promoted the concept of application-specific guidelines. At that time, the organization was focused only on four applications, although has since expanded its scope. But the concept remains true to the original work. The SSL Annex will focus on performance tiers with varying requirements that range from baseline SSL products that can save energy and perform functionally in the intended application to premium tier performance that maximizes energy savings and light quality.

“The performance tiers are one important activity that we carry out in the IEA 4E SSL Annex,” said Peter Bennich, chairman of the SSL Annex government management committee. “In the Annex, we focus on issues and topics that regularly are of concern for governments, and provide data and guidance to help policy makers make informed choices.”

Depending on how you view the organization’s work, the scheme of using performance tiers may be a clever tool to enable adoption by different governments around the globe, or an inherent weakness in the recommendations. For example, consider non-directional lamps. Tier 1 products would only need to meet efficacy of 65 lm/W while Tier 3 products would be held to a much higher performance milestone at 125 lm/W.

The SSL Annex said the Tier 3 requirements are meant to be used by higher-end market transformation programs such as Energy Star in the US. The lower tier programs might be used by governments in less-developed countries where affordable lamps, and indeed basic electric lighting, are vital to economic development.

The guidelines are robust in scope. The recommendations cover product life in terms of lumen maintenance and early failures, color rendering and color maintenance, dimmer compatibility, and safety issues such as flicker. Indeed, the work could save a government considerable effort in drafting its own regulatory policy. Still, we will wait to judge the impact of the SSL Annex work.

The organization has several other programs ongoing. In other recent SSL Annex activity, the organization issued a report that focused on the energy used for standby power in smart LED lamps. In some cases, the standby power usage can erase the savings afforded by energy-efficient SSL technology, although some products perform very well in regard to standby energy usage.

The organization has also weighed in on the subject of LEDs and human health. The work has included specific efforts focused on glare, flicker, and non-visual impact on circadian rhythm.