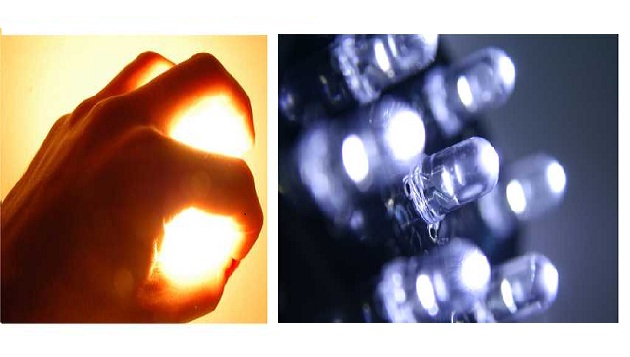 Understanding the differences between mid-power LEDs and high-power LEDs. Most of us know that LED is an acronym for Light Emitting Diode. LEDs have become ubiquitous and used in a variety of applications because they’re small, energy efficient (lm/W), robust, reliable, and feature-full. The main difference between these two categories is apparent from their name: Mid-power and high-power. However, to be complete, we must add a third category: Low-power. So, we have three classifications of power for LEDs.

As electronic engineers, we know from Ohm’s Law that Power (W) = Voltage (VDC) × Current (A) or mathematically stated as P = E × I. So let’s take a look and see how these three power levels (low, mid, high) are categorized.

The first thing to be aware of is that there is no written international standard defining these categories. The classifications are instead an internal development that has happened as a naming nomenclature within the industry that arose over time: Low-power, high-power, and mid-power.

The initial LEDs that were developed and employed in consumer applications were low-power. They often function as indicator lights, identifying the status of some condition.

Initially, high-power LEDs were mainly the domain mainly of research and development applications due to their high cost. In the past decade or so, tremendous gains have been made in manufacturing techniques and processes that allow much higher levels of current to be applied to the semiconductor junction itself, making for explosive growth in the area of high-power LEDs. Commercialization of high-power white LEDs has led to their introduction and ongoing takeover in illumination applications traditionally occupied by incandescent and halogen technologies.

Over time, LED manufacturers recognized an unfillled niche: Applications calling for white light delivered in linear packages. These applications were best served by developing products that could deliver high efficacy while overcoming illumination uniformity concerns and thermal overloading of the mounting infrastructure. Responding to these needs, LED manufactures introduced a variety of mid-power LEDs that now occupy the highest market share position in general illumination applications. The diodes in these LEDs are packed more densely relative to high-power white LEDs and give a more uniform appearance, while their lower power consumption often allows standard PCB materials such as FR-4 printed circuit boards to be used (as opposed to more expensive heat-sinking alternatives such as metal-core PCBs and the like). Mid-power LEDs are now commonly used as Flash LEDs to take digital pictures, and thus find themselves commonly designed into the smartphones we are using. So mid-power LEDs are helping to make my life a whole lot easier, and yours too!