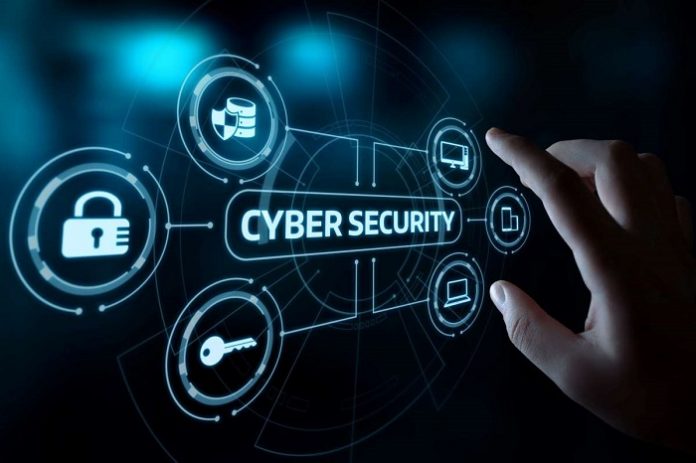 Two critical aspects of cyber space were explained by the Indian National Cyber Security Coordinator Lt. Gen. (Dr) Rajesh Pant at a conference organised by the Public Affairs Forum of India, which merit attention of all. First, the cyber space is witnessing technological bipolarity like in the geopolitical world. It is mainly split between US and its allies on the one side and China and its allies on the other. While the US has come up with its concept of ‘clean network with trusted equipment, China has evolved a new internet protocol and has released the Global Initiative on Data Security (GIDS) for the world.

The GIDS examined by some experts have come to the conclusion that it is actually aimed at wresting control of the data security narrative away from the US. In essence, a scramble for cyberspace has already begun. Nations are building their cyber warfare capabilities and are increasingly acquiring ‘cyber weapons’. Scientific innovations are drastically increasing their destructive power and resulting in increasing cyber threats in geometrical progression. Second, he stressed the urgent need for India to formulate its approach towards this issue. In view of the growing contest for control over the cyberspace, India cannot afford to be lax in this sphere. Hence, a clear understanding at the emerging cyber environment and threats is pertinent.

While cyberspace belongs to all stakeholders, efforts by several nations are on to dominate it as the cyberspace now occupies the pivotal position in the global governance and is an important instrument for coercion and influence operations with remarkable efficacy. No wonder, China places the cyberspace at an equal footing to nuclear weapons and missiles for achieving deterrence. This explains why the Chinese are assiduous making efforts to dominate it. Though US had taken steps earlier in this regard, yet China has made substantial gains in this sphere. It is not only depending on legal steps but is ruthlessly pursuing all illegal methods for this purpose. Its hackers are getting support and directions from the PLA Unit 69010-a specialised cyber-attack organisation. Actually, this is the Military Unit Cover Designator of Second Technical Reconnaissance Bureau (MUCD). The Unit has emerged as the most important cyber-attack entity in the PLA. Under it several groups operate to attack the targets, acquire information and relevant data, and destroy the critical infrastructure. One of the groups has been recently identified as the RedFoxtrot, which is specifically targeting India’s governmental organisation and critical infrastructures. Besides RedFoxtrot, other prominent groups involved in the cyber espionage activities of the PLA are Tonto Team, Tick, and Naikon.

Beijing is using the cyber space as a tool for gathering intelligence on military technology and national security issues as well as political developments and foreign relations. In March, Cert-In had identified a China linked group conducting an espionage campaign against the transport sector.

Earlier, a China linked firm was reported to have collected big data from India for analysis. It is well known that China is aggressively launching especially designed influence operations on selected targets to get their favourable response for China.

Experts point out that with the increasing use of Artificial Intelligence for cyber-attacks, China intends to shift the nature of warfare from ‘Informatised’ to ‘Intelligentised” warfare. Significantly, in Beijing’s strategy, the cyber power would be central in warfare. Importantly their concept of warfare is similar to Clausewitz’s perception: ‘war is merely the continuation of politics by other means.’ Thus, the distinction between the traditional concept of warfare and the use of other means during the peace time to compel the opponent vanishes. China’s use of cyber power to impose its will on

other countries, follows the Sun Tzu’s concepts: “Supreme excellence consists in breaking the enemy&#39;s resistance without fighting,” and “All warfare is based on deception.” These sum up the Chinese strategy of ‘three warfares’ in which cyberspace and cyber power are critical.

The threats in cyber space are not merely coming from China but from other states and non-state actors. In our neighbourhood, Jihadists supported by the deep state of Pakistan, are increasingly using cyber space for attacking our sensitive and critical infrastructures. The cyber-attack on the Kudankulum Nuclear Power Plant, power outage in Mumbai and use of drones raise important questions about the security of our critical infrastructure and more importantly the adequacy of our response. Notwithstanding that some steps have been taken by India, the need to do more cannot be underestimated particularly when our adversaries are constantly trying to improve their capabilities for causing harm to our critical infrastructure. Preparation of a positive list for telecom sector is indeed a historic move as indicated by the National Cyber Security Coordinator.

One important factor that needs to be kept in view is that most advanced nations have developed cyber strategies based on offensive operations for which they have created specialised units. We would need to counter them when the situation arises. Not doing so on the plea that we are not US, China or Russia would keep us weak and an easy victim of coercion. In fact, we should not hesitate to adopt the best practices of others- though taking in view our peculiar conditions.

The second is the use of cyber capabilities to deter the adversaries. Cyber operations are not merely seen as supplementing military operations but are also used as a deterrent. And the third element is the greater thrust on developing domestic capabilities to produce necessary IT products. They are doing away with their reliance on the foreign equipment and systems.

India which is finalising its National Cyber Strategy could take the important elements to make it effective. Though attribution remains a problem, a declaratory message with emphasis on deterrence can dissuade to some extent the key adversaries and groups supported by them from launching attacks on our critical infrastructure or on our core national interests. The National Cyber Security Strategy should indicate in clear terms that any breach of India’s cyberspace from foreign actor would be treated at par with violations of our sovereign territory, airspace or territorial waters.

We could indicate that our cyber strategy would be based on “Forward Active Defence” i.e. could take steps to neutralise the source and could use any means at our disposal to inflict unacceptable damage on the attacker.

It may be mentioned that an overarching National Cyber Strategy also demands a high-powered organisation to take decisions to deter key adversary, to launch operations, if required, to neutralise the source of threat for the protection of national critical infrastructure and core national interests, to task different entities in government including armed forces and civil organisations as also private sectors and ensure their compliance of directions. And importantly, India needs to take a firm position on the international norms for the governance of the cyberspace.