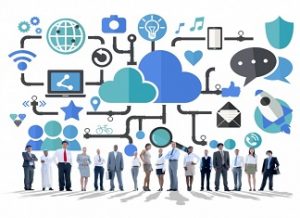 The public cloud services market in India is projected to grow 38 percent in 2017 to touch $1.8 billion, according to Gartner

The public cloud services market in India is projected to grow 38 percent in 2017 to total $1.81 billion, according to Gartner.

The increase of SaaS and PaaS are indicators that the migration of application and workloads from on premises data centers to the cloud, as well as the development of cloud ready and cloud native applications, are fueling the growth in the cloud space.

“We see increased cloud growth in the infrastructure compute services space as adoption becomes increasingly mainstream. This has been predicted for a while, and the momentum continues to sustain in 2017 eventually plateauing through 2020 as the market further matures,” said Sid Nag, Research Director – Gartner.

“Additional demand from the migration of infrastructure to the cloud as well as increased demand from compute intensive workloads, both in enterprise and startup space, is driving this growth,” said Nag.

Vertiv to Provide Energy Savings as a Service to Telefónica