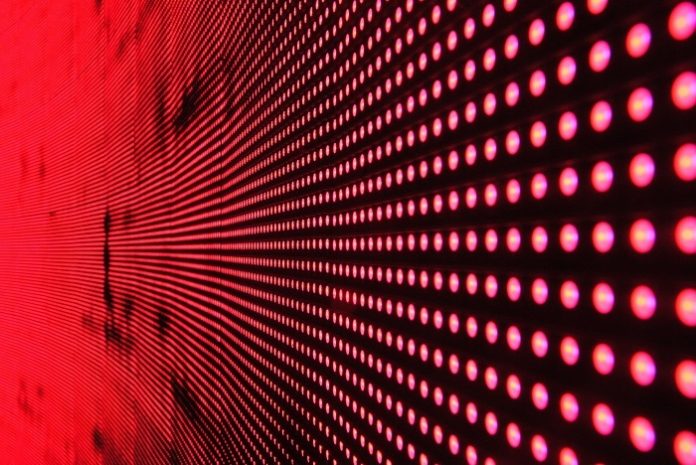 University of Surrey and the University of Cambridge has detailed how two relatively unexplored semiconducting materials can satisfy the telecommunication industry’s hunger for enormous amounts of data at ever-greater speeds. Light-emitting diode (LED)-based communications techniques allow computing devices, including mobile phones, to communicate with one another by using infrared light. However, LED techniques are underused because in its current state LED transmits data at far slower speeds than other wireless technologies such as light-fidelity (Li-Fi).

In a paper published by Nature Electronics, the researchers from Surrey and Cambridge, along with partners from the University of Electronic Science and Technology of China, examine how organic semiconductors, colloidal quantum dots (CQDs) and metal halide perovskites (perovskites), can be used in LED-based optical communications systems.

The research team explored efforts to improve the performance and efficiency of these LEDs, and they considered their potential applications in on-chip interconnects and Li-Fi.

Dr. Aobo Ren, the co-first author and visiting postdoctoral researcher at the University of Surrey, says that “there’s excitement surrounding CQDs and perovskites because they offer great promise for low-power, cost-effective and scalable communications modules.”

“Although the conventional inorganic thin-film technologies are likely to continue to play a dominant role in optical communications, we believe that LEDs based on these materials can play a complementary role that could have a sizeable impact on the industry.”

Hao Wang, the co-first author and Ph.D. student at the University of Cambridge, says that “future applications of LEDs will not be limited to the fields of lighting and displays. The development of LEDs based on these solution-processable materials for optical communication purposes has only begun, and their performance is still far from what’s required. It is necessary and timely to discuss the potential strategies and present technical challenges for the deployment of real-world communication links using these LEDs from the material, device and system aspects.”

Professor Jiang Wu, the corresponding author from the University of Electronic Science and Technology of China, says that “photonic devices for the Internet of Things (IoT) and 6G communication systems need to be high-speed, low-cost and easy to integrate. Organic semiconductors, CQDs and perovskites are promising materials that could be used to complement and/or compete with conventional inorganic counterparts in particular optoelectronic applications.”

Dr. Wei Zhang, the corresponding author and Senior Lecturer from the University of Surrey, says that “IoT and 6G communication systems represent a trillion-dollar market in the next few years. We are proud to collaborate with the top research teams in this field and accelerate the development of emerging data communication technology for rapid entry to the market in the next decade.”