President Ram Nath Kovind on December 27, 2017, inaugurated the Andhra Pradesh Fibre Grid project under which internet, television and telephone services will be available to every household for Rs 149 per month.

The President dedicated the project to the nation under which three services will be available at tariffs starting as low as Rs 149 for 5 GB data at 15 Mbps speed, 250 television channels, and a rental-free telephone connection.

The Andhra Pradesh State Fibernet Limited (APSFL), which is implementing the project, is offering two other plans of Rs 399 and Rs 599 for households. Private offices and institutions can avail the plans starting at Rs 999 for 50 GB at 100 Mbps and Rs 2,499 for 250 GB.

To begin with, high-speed internet grid connections would be available to around one lakh households with 100-percent connectivity in 55 villages, in Krishna and Guntur districts.

By April next year, the government aims to bring 30 lakh households under the fibre grid.

The project, when completed by 2019, will cover over one crore households, 50,000 schools and educational institutions, all government offices, over 5,000 government hospitals and health centres and all panchayat offices.

The project will turn every household into a Wi-Fi hub and people can avail the services with a set-top box.

The fibre grid will also offer services like video-conferencing and movies on demand. The district command control centres, all public CCTV, the AP State Wide Area Network will be integrated into the grid.

Officials hope that the project will boost digital literacy and skill development in the state, and provide citizen services on a digital platform to every household. It also expected to facilitate setting up BPOs or call centres in rural areas.

IT Minister Lokesh said that the fibre grid must be put to full utilization in sectors like education, telemedicine, e-governance, agriculture, rural development, and e-commerce.

The officials have installed POPs on electricity poles. MSOs have integrated their services with the fibre grid.

Every household needs two set-top boxes to avail the services. They cost Rs 4,000 and the same may be paid to the government in monthly installments of Rs 99. 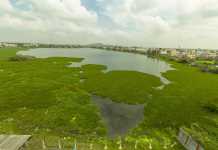 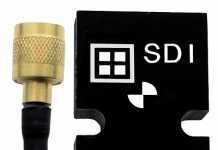 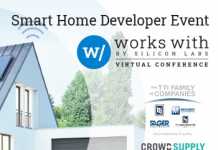 The new age of wireless connectivity in India

Intex to Scale Up Presence in Tier II Cities