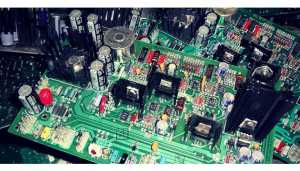 According to the Union Minister Ravi Shankar Prasad, the government is all set to support electronics manufacturing in India and the manufacturing companies, in order to make India an export hub.

Giving example of Apple, Ravi Shankar Prasad, Minister of Electronics and Information Technology, said the company is manufacturing in India in a big way now and it has also brought in components manufacturers.

“India offers a huge opportunity with programmes like Make in India and Digital India… India will offer you human resource, friendly policies and incentives. And, we are absolutely open if you (global companies) want to set up facilities only for exports,” he said after a round-table meeting with 54 Chief Executives from electronics and mobile phones companies here.

Citing the example of Apple and Samsung, Prasad said, “Apple is finally on board in India’s growth story… Apple has started iPhones and components for exports from India. This is just the tip of the iceberg. I want a robust presence of Apple and a super robust presence of Samsung in India. NITI Aayog is working on industry-friendly policies, which, should come at the earliest and I myself will follow up on it.”

Apple and Samsung are global players and should work as a team with domestic companies to transform India into a global powerhouse, he said, adding that he did not foresee any conflict of interest between the two companies.

Prasad also asserted that India must become a hub for 5G, and for such an ecosystem to flourish, it needs to be backed by intellectual property, patents and research and development. He instructed his Ministry to set up an institutionalised mechanism in the form of a task force that would regularly interact with the industry, take their suggestions and address concerns.

The task force to be chaired by NITI Aayog, will have five Secretaries from different departments (MeitY, DIPP, Commerce, Economic Affairs and Revenue) as members. The plan to incentivise manufacturing in a big way that would entail various aspects including sops by States as well as favourable policies related to land and energy, he said.

Increasing collaboration between business and IT Sector