Paper Battery: Unveiling a New and Unprecedented Source of Energy 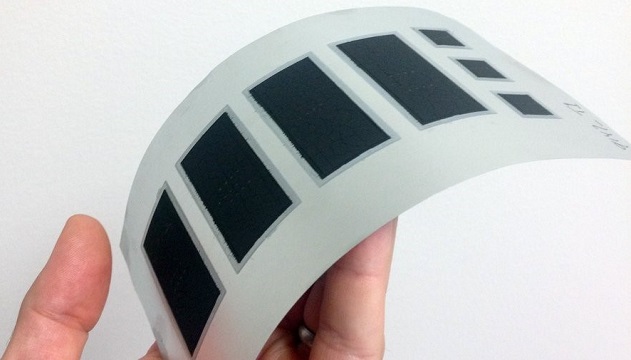 Batteries have today become ubiquitous in today’s digital century, and are the most complacent solution of energy storage. Due to the digitization era, portable electronics devices like mobile phones, laptops, i-pads, etc. have achieved great heights of popularity because of their compact size, and light weight properties. However, a new type of battery is challenging the traditional sources of energy and is upping the ante to take centre stage in the world of energy storage- paper battery.

As the name suggests, a paper battery has a paper like resemblance- from where it gets its name. Scientifically, it is a flexible, light weight device made up of carbon nano-tubes emboldened on cellulose paper. It consists of infusion of carbon nanotubes with paper consisting of an ionic liquid as an electrolyte.

Paper Batteries are foldable devices, which can be cut or shaped for required applications without incurring any damage to their integrity and efficiency. They can be operated like supercapacitors, high-energy batteries and as self-rechargeables. A paper battery is made to a single unit, using a group of many components, which makes it more energy efficient.

Working of a Paper Battery

Thick carbon nanotubes are the main components of a paper battery. The reason behind the thick black colour of the battery is the presence of carbon in it. The carbon nanotube films act as electrodes, which are embedded in cellulose based paper, soaked in ionic electrolytic liquid. There is no water content on the electrolyte, so there is nothing to freeze or evaporate and it is adaptable to any environment. Interestingly, the battery has a potential to produce power even if it is folded or cut.

Once the paper of the battery is dipped in electrolytic liquid, the battery starts working when the electricity is generated by the movement of electrons from cathode terminal to anode terminal. This is due to the chemical reaction between the electrodes of paper battery and liquid. Due to the quick flow of the ions within a few seconds, energy will be stored in the paper-electrode during recharging. By stacking various paper-batteries up on each other, the output of the paper battery can be increased.

Presently, electrochemical battery is mostly used for everyday electronics, but having some problems such as limited life time, leakage and environmental concerns. On the other hand, a fuel cells battery is costly and faces portability issues. Similarly, a solar cell battery is not versatile and adaptable in emergency power back-up situations

Unlike the traditional types of batteries, a paper battery is far away from all basic problems, and is considered to be the more eco-friendly option. It is an ultra-thin, flexible energy storage device and has advantages over other conventional batteries by being light in weight, rechargeable, biodegradable, leakproof, non-toxic, light weight, cost-efficient and reusable & recyclable.

Energy crisis is a major problem. And energy experts think that the paper battery can be an altogether path-breaking solution to this big problem. Its biodegrading, light weight, non-toxic and flexible properties have potential adaptability to power the next-generation of electronics, medical devices and hybrid vehicles, allowing for radical new designs and medical technologies. Here are few paper battery innovations, in which people from different corners of the globe have achieved great success in the creation of paper batteries in the best possible way out:

In 2017, researchers from Binghamton University of the US, developed a new high-performance, paper-based battery powered by human saliva, that can be used in extreme conditions where normal batteries do not function. The battery generated reliable power from one drop of saliva, supplying on-board power that could be used by the next generation of disposable, paper-based Point of Care (POC) diagnostic platforms, researchers said. The battery has competitive advantages over other conventional power solutions because the biological fluid for on-demand battery activation is readily available even in the most resource-constrained settings.

Made up of printed thin layers of metals and other materials onto a paper surface, the bacteria fueled paper battery was developed last year, by US based scientists, by using freeze dried exoelectrogens. The battery has unique advantage as a material for biosensors. The battery may power disposable and flexible devices in the remote areas of the world where there is a lack of electricity.

In August 2018, US based scientists, invented a new type of Biodegradable paper battery. The battery uses a hybrid of paper and engineered polymers, which provides it the biodegrading properties. The battery is a big contributor to electronic waste pollution.

Applications of the Paper Battery

Due to the facilitation of various advantages such as twisting, folding, crumpling, molding, cutting and shaping, the paper battery could be used for various applications. The combination of carbon nanotubes and cellulose paper enables the paper battery to have long term usage, steady power and bursts of energy.

For paper battery, there are numerous applications in various fields. As it is the latest technology, it can reduce the size and weight of the modern technologies. In electronics, medical sciences, automobiles and aircrafts, and so on. Have a look on the latest and upcoming applications of paper battery:

In electronics, paper batteries are mainly used in the electronic devices such as mobile phones, calculators, laptop batteries, digital cameras and also in the wireless communication devices like mouse, Bluetooth, keyboard, speakers and headsets. With the replacement of the alkaline batteries with the light-weight paper, there could be a weight reduction of laptop batteries, mobile batteries etc. Paper batteries could also be used in calculators, wrist watch and other low drain devices.

Moreover, the paper batteries also have a usage in enhanced Printed Circuit Board (PCB), wherein both the PCB sides: one for the circuit and the other side, having the components, would contain a layer of customized paper battery. This would result in the elimination of heavy step-down transformers and in the need of a separate power supply unit for most electronic circuits.

Paper Batteries charged by bacteria could power the Internet of Things. Researchers at the University of New York at Binghampton, have developed a bacteria powered paper based single-use battery that relies on bacteria both to generate an electric current and also to devour the battery at the end of its useful life. It is capable of powering billions of sensors and devices by a cheap and sustainable manner.

Paper batteries have various uses in medical sciences such as making pacemakers for heart, artificial tissues using carbon nanotubes, drug delivery systems in cosmetics. These batteries are also used in bio-sensors such as Glucose meters, sugar meters, etc. The paper battery is set in iontophoresis patch, and it helps to deliver drugs, local anesthesia, anodyne, antichloristic, etc into the skin.

Paper batteries are used in automobiles and aircrafts such as in light weight, guided missiles, hybrid car batteries, long air flights and in satellite programs for powering electronic devices. Paper battery could one day power motor vehicles and aircrafts and replace the conventional fossil fuel based engines with electric motors.