MENUMENU
Home Technology As our PCBs Change, So Will our Electronics 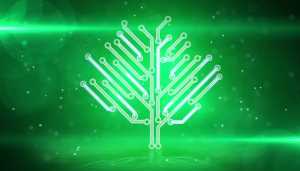 Ever since Paul Eisler patented the PCB in 1943, these once ungainly boards have today evolved and advanced into something that might even confuse Eisler himself. Today’s PCBs are extremely tiny, mostly multi-layered, complex devices that are powering everything from the smartphone in your pocket to the space shuttles that are powered into outer orbit. While the PCB itself has changed shape and composition tremendously, there is another thing that has made all of it possible- the way PCBs are manufactured and assembled.

They say that change is the only constant. If you look around, everything around you is changing, constantly. Your cities are the not the same as they used to be a few years ago. Your car has changed. And, beyond these perceivable changes, there are also some changes that are happening in places that you use every day but rarely ever notice. The electronic devices that have come to dictate so much in your own life are in a state of constant flux, and the one basic thing that powers them all – the PCB, has evolved into something that is as complex as anything that you can imagine.

Ever since Paul Eisler patented the PCB in 1943, these once ungainly boards have today evolved and advanced into something that might even confuse Eisler himself. Today’s PCBs are extremely tiny, mostly multi-layered, complex devices that are powering everything from the smartphone in your pocket to the space shuttles that are powered into outer orbit. While the PCB itself has changed shape and composition tremendously, there is another thing that has made all of it possible- the way PCBs are manufactured and assembled.

Thanks to the rapid developments in technology, today, PCB manufacturing is an extremely complex and sophisticated process. Gone are the days when microvias, HDI and FPGAs were found in the most elusive electronic devices. Today, these are readily available to almost any designer in the world. And that has sparked a row of technological innovation within the PCB as we know it today. Be it green, red, or blue, PCBs of today have made it possible to make electronic devices smaller, and are also a big reason that Moore’s law is still relevant and hanging around.

However, going back to the note that we started on- the change being the only constant- today’s PCBs would have to change shape and form again to keep up the new technologies and consumer demands of its era. Maybe five or ten years down the line, PCBs would no longer be physical boards, or maybe not. Who knows? And that makes these tiny and ungainly devices so exciting. Our aim in this story is whisk out and help you ponder on the fate of our PCBs. This would also call into question our expectations from the devices that we use today. And as our devices continue to get miniaturised, the PCB’s development has to change in the future.

The Coming of Age of PCBs

Although modern PCBs of today are designed and manufactured with astonishing sophistication and complexity, there is always room for development. That development could either come in the shape and form of the PCB itself, or the kind and size of accessories and components attached directly onto the board. As consumer requirements constantly push for new and different kinds of PCBs and PCB functions, these sort of changes can be expected in the future iterations of the PCB.

Apart from that, there’s also plenty of room to grow in the manufacturing process itself as increased PCB complexity introduces new challenges for manufacturing companies. That’s why most predictions for the printed circuit board’s future focus strongly on the following areas:

Imagine of a time when you could simply design a PCB and on your computer, push Ctrl + P, and your 3D printer would print the exact same model right in front of your eyes! While printing the entire PCB down to the smallest connection might still be a few years away, 3D printing has been at the forefront in making of the most radical innovations in PCBs of today- 3D PE, or 3D printed electronics. 3D Printed Electronics are positioned to revolutionise the way electrical systems are designed in the future. These systems create 3D circuits by printing a substrate item layer by layer then adding a liquid ink on top of it that contains electronic functionalities. Surface-mount technologies can then be added to create the final system. The result is a circuit that can take any shape imaginable.

Compared to the more traditional 2D electronics of today, 3D PE can give a huge benefit to both circuit manufacturing companies and their customers. Some of these benefits include:

Improved Efficiency: Most of the basis of 3D printing is digital and additive, and as a result, manufacturers can be much more conservative in their material use as compared to traditional 2D PCB manufacturing. You can pre-assign your system to add a definitive quantity of material and the 3D printer would use exactly that much-not more, not less. As a result, there would be less wastage, in turn bringing up the overall efficiency of the manufacturing process. Moreover, since 3D printing is a largely digitally driven task, it removes any scope of human error- something which hugely hinders 2D PCB manufacturing.

Innovation in Design: Who said that PCBs have to be boards with a definitive shape and size? 3D printing allows circuits to be printed on top an existing shape, and that shape could literally be anything. Manufacturers can utilise this flexibility to print circuits on a variety of different shapes as per the requirement of the final product. Not only that, we can reverse engineer products and make them with respect to the shape of the PCB.

Good for the Environment: 3D printing allows the manufacturer to use any substrate for printing. That means, manufacturers can use materials that are more environment friendly, thus setting the tone for a more sustainable future.

Apart from these very obvious benefits, the biggest benefit that 3D printing brings to the table is perhaps the voluminous production that it allows for. Since 3D printing is largely digital and automated, manufacturers can produce more PCBs from a single assembly line, thus meeting our insatiable hunger for electronic devices.

PCB cameras, or PCB board cameras are the cameras that are mounted directly onto the PCB itself. It is due to these cameras that has today made portable photography a thing. Today’s board cameras are so sophisticated that they have the potential to output pictures and videos that can easily rival those taken from a professional camera. The cherry on top is that you can carry these cameras along with you anywhere you want.

Since their introduction, board cameras have developed quickly, with photo and video imaging and durability being the primary areas of improvement. Now, these small cameras can take high-resolution images and video with ease. In the next few years, board cameras are expected to develop even further, creating powerful solutions for both industry and consumer electronics.

As we have discussed before, the current trend across the electronics industry is to make products that can perform better even in a smaller footprint. PCB manufacturing has not only facilitated that trend, but new innovations in the assembly line will; have to keep up with the demands of manufacturing PCBs that are considerably smaller than that ones we rely on today. Since PCBs are a critical foundational component in consumer-level goods — what doesn’t have a computer in it these days? — PCBs must also relentlessly pursue miniaturization.

In the PCB market, specifically, this means high-density interconnect technology. Additional refinements in HDI technology will further reduce PCB size — down to .4 mm in the near future — and touch a dizzying number of neighbouring industries and goods in the process.

Autorouters are an integral part of today’s PCBs as they help in automating a lot of circuit placement in PCBs. However, there is a huge downside to PCB autorouters. Autorouters are extremely difficult to create and set up and often require a lot of time and labour. As a result, the time gained by automating the manufacturing process in lost in creating and setting up these autorouters. So, there is not much value addition that autorouters add to the manufacturing process. Most PCB manufacturers are looking at Autoplacers as a viable alternative to autorouters. The reason that Autoplacers have caught the imagination of PCB manufacturers is that they not only make the automation process much faster by integrating mechanical and CAD systems, but also because they don’t require as much time and labour compared to autorouters. That makes it a win-win component for manufacturers.

The constraints dictating the operation of autoplacers don’t necessarily have anything to do with the board design, but rather with the product design. This can mean significantly overhead for designers, as they have to account for much more than the PCB design. While autoplacers can speed up manufacturing processes substantially over autorouters, this will depend primarily on optimising the autoplacer constraint management. This is where new technology must come into play.

Like we all know, there is huge scepticism in the world around e-waste. PCBs form a large component of e-waste since a lot of components attached onto it, and in some cases, the PCB itself as they don’t degrade well enough are among the prime things clogging up landfills. The issue is further aggravated by the chemicals that are used on top of PCBs to protect them. Needless to say, but these chemicals used during PCB manufacturing pose a significant threat to the environment.

In order to make way for a more sustainable future, more and more manufacturers are looking towards manufacturing biodegradable PCBs that can decompose just like any other natural substance. When it comes to PCBs specifically, some scientists propose we attack the pollution problem by changing PCB manufacturing processes. This would mean switching out traditional substrates with more environmentally-friendly alternatives. Biodegradable substrates are currently under close examination, as are alternatives that don’t require harmful etching chemicals to finish the assembly process.

What Does the Future Behold?

The above said developments in PCB manufacturing are something to eagerly look forward to. However, there are still a number of innovations in PCBs that as of now are just beyond the horizon of technological development. One of the most prominent ideas is to make PCBs as an active and living component within an electronic device. As of now, the PCB is just a board onto which several electronic components are fitted. Several engineers are currently working on to make the PCB an active part of the system where it could have a functionality of its own. That way, we would need far fewer electronic components, and Moore’s Law would be able to prevail for a much longer time.

Then, there would be the conglomeration of all the above developments into making one single PCB board that would be capable of doing it all. Currently, there are limitations to a number of technologies at our disposal, and in the future, when it would be feasible for us, we can even print circuits by using a 3D printer. One thing which is certain that electronic devices of the future would perhaps not look anything like the ones we know them today. And for that to happen, the PCB has to change, after all, change is the only constant! 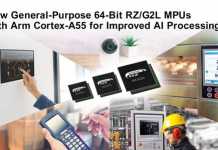 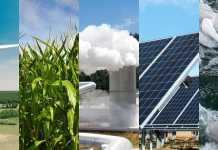 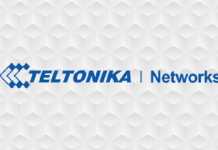