Optoelectronics and its Omniscient Array of Industrial Application 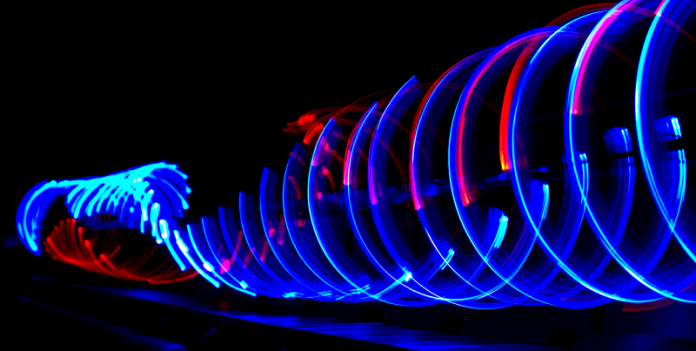 Optoelectronics is the study and application of electronic devices that source, detect and control light, usually considered a sub-field of photonics. In this context, light often includes invisible forms of radiation such as gamma rays, Xrays, ultraviolet and infrared, in addition to visible light. Optoelectronic devices are electrical-to-optical or optical-to-electrical transducers or instruments that use such devices in their operations. It is based on the quantum mechanical effects of light on electronic materials, especially semiconductors, sometimes in the field of electric fields.

The photoelectric effect was one of the earliest physics discoveries and the benchmark on which the development of modern optoelectronics found its course. When under exposure to certain types of light, the emission of electrons by the material is known as the photoelectric effect. When the material absorbs sufficient energy in the form of light, electrons can be bumped from the surface of the material, thereby generating an electrical current and leaving behind electron holes.

Optoelectronics is a branch of electronics that deals with converting electrical energy to light and converting light to electrical energy by way of materials called semiconductors. Their physical properties can be modified by exposure to different types of light or to electricity. In addition to visible light, forms of radiation such as ultraviolet and infrared light that are not visible to the human eye can affect the properties of these materials.

A related phenomenon is a photovoltaic effect in which absorbed light causes a material’s electrons to change energy states, thereby creating a voltage that can generate electrical current.

The optoelectronics market is expected to grow at a CAGR of 10.25% over the forecast period (2018-2023), fueled by growing demand for consumer electronic devices with advanced features and technological advancement. Consumer electronic devices, digital imaging solutions and communication networks are the major areas where Optoelectronics has a market opportunity for its major High-brightness LEDs (HB-LEDs), CMOS image sensors and Fiber-optic laser transmitters components.

In addition to this, increased demand for advanced technology in the automotive industry is creating a market opportunity for Optoelectronics. Most automotive vendors are integrating infrared components in cars to detect ambient light, whether estimation gestured control for the infotainment console or night vision. These new application areas strengthen the Optoelectronics market share in emerging sectors.

Electroluminescence is another important and one of the most common effects that is made use of in optoelectronics. When electricity is applied to certain materials, it drives electrons in high-energy states to combine with electron holes and fall into more stable states of lower energy, thereby releasing energy in the form of light. Light-emitting diodes (LEDs) are a common example of the use of electroluminescence.

LEDs in a variety of colours are used as power-on indicators, in digital displays for such items as calculators and home appliances, for illuminating signs and traffic lights, as headlights and signals on cars, and more. Dashboard instrument panels in vehicles also commonly make use of electroluminescence for lighting.

In the recent research from the Natural Science Center for Basic Research and Development, Hiroshima University created the world’s first LED lights developed from rice husks. Milling rice to separate the grain from the husks produces about 100 million tons of rice husk waste globally each year. Scientists searching for a scalable method to fabricate quantum dots have developed a way to recycle rice husks to create the first silicon quantum dot (QD) LED light. Their new method transforms agricultural waste into state-of-the-art light-emitting diodes in a low-cost, environmentally friendly way.

The team used a combination of milling, heat treatments, and chemical etching to process the rice husk silica: First, they milled rice husks and extracted silica (SiO2) powders by burning off organic compounds of milled rice husks. Second, they heated the resulting silica powder in an electric furnace to obtain Si powders via a reduction reaction. Third, the product was a purified Si powder that was further reduced to 3 nanometers in size by chemical etching. Finally, its surface was chemically functionalized for high chemical stability and high dispersivity insolvent, with 3 nm crystalline particles to produce the SiQDs that luminesce in the orange-red range with high luminescence efficiency of over 20%.

Optoelectronic semiconductor devices have a major impact on almost all areas of Information Technology. These devices can be classified based on their functional roles like output, input, processing, transmission, memory and others. Many technologies and physical properties are imposed by applications using Optoelectronics. Several such applications have come to our understanding and control only during the previous decade.

Another major segment is the solar cells, which are applicable in rural electrification, telecommunication systems, ocean navigation aids, and electric power generation in space, remote monitoring and are also used in different solar energy-based projects such as Solar Energy Measurement systems and industrial equipment. Thus, this is about the optoelectronic devices which include laser diodes, photodiodes, solar cells, LEDs, and optical fibres. These optoelectronic devices are used in different electronic project kits as well as in telecommunications, military services and medical applications.

The rise in Demand for Global Optoelectronics Market

Consumer electronic devices, digital imaging solutions and communication networks are the major areas where Optoelectronics has a huge market opportunity for its major High-brightness LEDs (HB-LEDs), CMOS image sensors and Fiber-optic laser transmitters components. In addition to this, increased demand for advanced technology in the automotive industry is creating a market opportunity for Optoelectronics. Most automotive vendors are integrating infrared components in cars to detect ambient light, whether estimation gestured control for the infotainment console or night vision. These new application areas strengthen the Optoelectronics market share in emerging sectors.