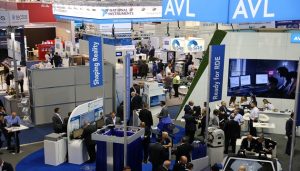 NI, for the first time in India has displayed Advanced Driver Assistance Systems (ADAS), Vehicle Radar Test System (VRTS) and Camera HiL Test System technologies for the engineers and industry experts. NI had showcased these solutions at the Automotive Testing Expo 2018, India, one of the premier automotive tradeshows across the globe. The products have been recently launched in India specifically designed to help dramatically lower the cost of test, reduce time to market and future proof testers for tomorrow’s challenging requirements.

The NI VRTS demo displayed the automated radar measurement and obstacle simulation capabilities for vehicular radar systems. The NI VRTS system is based on NI PXI Vector Signal Transceiver along with a Variable Delay Generator and high performance mmWave Radio heads. This system, combined with the expertise of Konrad Technologies – NI Platinum Alliance Partner provides a flexible solution to test both hardware and software subsystems of a vehicle, including radar sensors, ADAS subsystems, and embedded software.

Like the Radar, a camera is an important component of ADAS Systems. While the Radar is good at detecting obstacles, a camera is good at detecting specific details about these objects and identifying what these objects really are. The Camera HiL Test System demo showed how to effectively emulate impairments that can be present in an actual system by using the IPG Carmaker Software from IPG Automotive and running the models in real-time on an NI PXI Controller. These models communicate with the IPG Video Interface Box which simulates the image sensor and provides the same electrical signals to the camera controller that an actual image sensor would have done.

NI’s latest release, FieldDAQ devices was also displayed which are developed for rugged, distributed and synchronized data acquisition from complex electromechanical systems like vehicles, aircraft and industrial equipment. FieldDAQ takes Time Sensitive Networking to the harshest test cell and outdoor environments. Test engineers are moving away from centralized measurement systems that can be susceptible to noise, and toward distributed measurement nodes to meet these needs. In these measurement nodes, the signal conditioning and digitization occurs as close to the sensors as possible, but with Time Sensitive Networking, FieldDAQ allows usage in more distributed measurement topologies as well.

Murali Ravindran, Director, Automotive, Global Business Development, NI presented at the Expo on “The Importance of End to End ADAS test for Connected Cars”. The session captured that vehicles are increasingly relying on more centralized processing architectures and sensor fusion techniques. The implication of this is that sub-systems can no longer be tested entirely independently because they don’t function independently. To fully prove out the safety of future vehicles, their safety systems will require end to end testing to ensure systems interact and function as expected. Today’s ADAS end up in a combination of several sensor fusion. 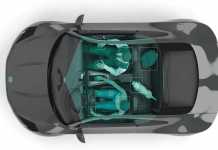 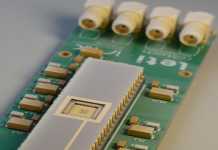 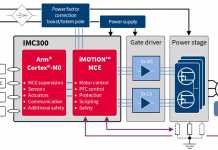