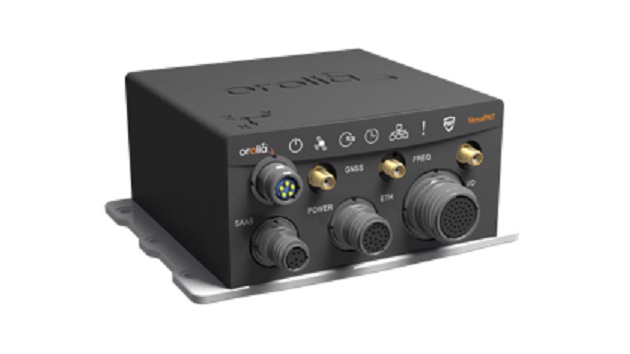 Leti, a research institute of CEA Tech, and Orolia, a leader in accuracy and performance for terrestrial, aeronautic and naval transportation positioning, navigation & timing applications, announced a new sensor-data-fusion engine that ensures resilient positioning and navigation even in cases of global navigation satellite system (GNSS) jamming or spoofing.

The new positioning technology supports edge AI because the data-fusion algorithm is performed locally to ensure that positioning and navigation information is available locally and is failsafe even in case of jamming or spoofing of GNSS data.

“Recent events have demonstrated that it is possible to change the course of a ship or force a drone to land in a hostile area by simply spoofing GPS signals,” said CEA-Leti CEO Emmanuel Sabonnadière. “The increasing reliance on a GNSS for the execution of military operations and terrestrial, aeronautic and naval transportation requires using positioning and navigation systems that are able to detect GNSS outages and provide resilient position and navigation features.”

A version of FlexFusion that demands less of the CPU implements a loose coupling algorithm that uses GNSS receiver-output positions as entry of the algorithm. An advanced version implements a tight coupling fusion algorithm of GNSS and IMU data that significantly enhances the resilience of positioning and navigation under real-world conditions.

This novel approach enables total control of treatments and filtering applied to raw signals, which increases performance of the fusion. It also improves positioning performance in particular if there are fewer than four GNSS satellites available, or when there are recurrent multi-trajectories, which sometimes occur in urban canyons.

CEA-Leti has licensed the patented FlexFusion algorithm to Orolia.

“Orolia is integrating FlexFusion in a new version of its VersaPNT product, the first compact, all-in-one and resilient positioning, navigation and timing (PNT) system for vehicles and blue force tracking, tactical UAV navigation and marine applications,” said Thierry Delhomme, EMEA General Manager, Orolia. “This powerful algorithm helps deliver on the promise of VersaPNT as an always-accurate PNT system that operates in any environment.”

FlexFusion development was supported and partially funded by the Easytech program of IRT Nanoelec thanks to the French National Program “Programme d’Investissement d’Avenir” ANR-10-AIRT-05”.