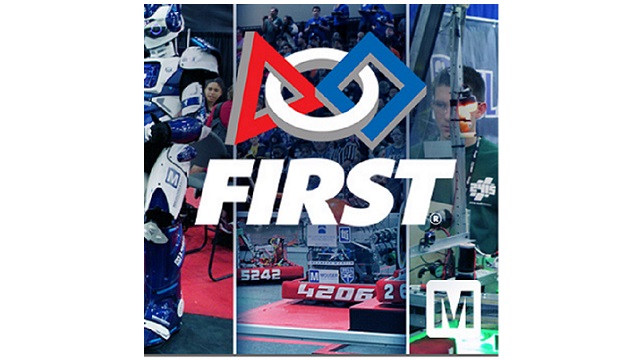 Mouser Electronics, Inc., the New Product Introduction (NPI) leader empowering innovation, will once again sponsor the FIRST Robotics Competition Hall of Fame exhibit at the 2019 FIRST Championship events in Houston and Detroit. Nearly 100,000 high-school students on 3,790 teams from around the world are vying in 173 competitions for a chance to advance to the one of the two 4-day championship events.

The FIRST Championship events will occur at Houston’s George R. Brown Convention Center, April 17–20, and at Detroit’s Cobo Center, April 24–27. The Mouser-sponsored Hall of Fame exhibit honors the winning teams of the esteemed Chairman’s Award at both championship locations. Instead of awarding the Chairman’s Award to the team that earns the most points in the competition, FIRST honors the team that best exemplifies the goals and values of FIRST.

For many years, Mouser has been a major supporter of FIRST (For Inspiration and Recognition of Science and Technology), the world’s leading child-serving nonprofit advancing science, technology, engineering, and math (STEM). Mouser sponsors FIRST competitions at the local, regional and international levels and also donates electronic components to FIRST teams. At the state level, Mouser is the Leader in Technology — Hall of Fame Sponsor at the FIRST Division of the Texas University Interscholastic League (UIL) Robotics State Championship.

“Education, particularly STEM education, is at the core of Mouser’s mission, going back to our founding 55 years ago,” said Kevin Hess, Mouser’s Senior Vice President of Marketing. “The FIRST Robotics Competition provides students with a platform for innovation, a chance to solve real engineering challenges, and an opportunity to build character and self-esteem. We are very proud to again sponsor this exciting and enriching event.”

Each FIRST Robotics Competition team receives a kit of parts — including motors, batteries, a control system, a PC and a mix of automation components, with no instructions. Teams have six weeks to transform their kits into working robots designed to perform specific tasks.