In Conversation with Uzi Hanuni, the Man who Saved the Thai Soccer Team 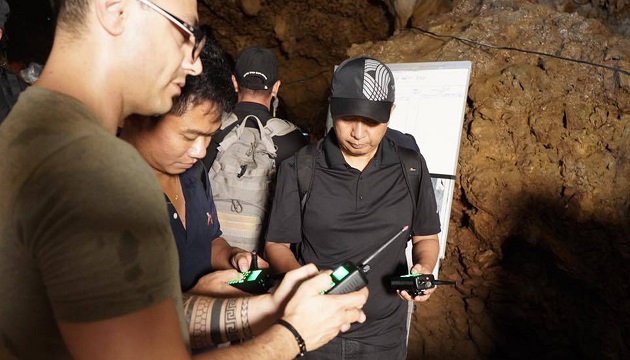 The harrowing ordeal of a Thai soccer team trapped in a water-filled cave gripped the world’s attention for more than two weeks in June and July 2018. It was a complicated and daring rescue, but little has been said about the amazing technology that helped make their rescue possible.

Mouser Electronics recently had the rare opportunity to speak with Uzi Hanuni, founder and CEO of Maxtech Networks, to learn more about the company’s innovative MaxMesh technology that was crucial in the rescue.

Rescuers faced many challenges after locating the trapped boys and their coach in the Tham Luang Nang Non cave in Thailand. Normal radio signals were blocked by cave walls. Water from the monsoon season posed additional challenges. Learning of the situation, Hanuni dispatched an engineer and several of his MaxMesh radios to the scene. Hanuni’s revolutionary system essentially established a relay network throughout the two miles of twists, turns and partially submerged areas of the tunnel, enabling rescuers to connect, share, collaborate and ultimately bring the team to safety.

“Our technology is based on creating a mesh network of software-defined radios [SDRs]. SDRs are radio communication systems using software on a personal computer or embedded system,” Hanuni explained. “Every time you switch on a radio, it automatically joins the network. Each radio is also a relay, and the intelligent frequency modulation algorithms are built into the radios. They can transmit video, voice and data simultaneously. Our technology can be encapsulated in various forms. The Mini PCI Express card [we use] is our own technology, only it has a field-programmable gate array (FPGA). This is the key fundamental component. We are using the Analog Devices AD9364 high-performance, highly integrated radio frequency Agile transceiver for communications. In addition, we are also using the Samsung ARTIK 7, which is a module that offers great performance for high-end gateways with local processing and analytics to improve latency and responsiveness. With the ARTIK 7 is an Intel Cyclone III FPGA”, he added.