Microcontroller and its Requisite Applications in Modern Automotive 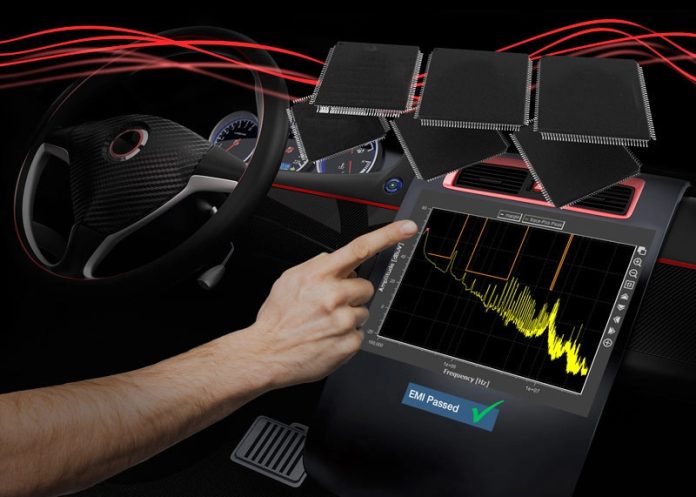 An embedded controller or Microcontroller is often known as a miniature personal computer too. Johnsky who is casually getting his print work done from the office printer finds himself strangled in the thoughts, what makes this small machine transform soft copies into hard copies. All of you must have found yourself stuck into this question once. From the MCS-51, the first developed microcontroller to the emergence of the biggest giants like NXP, Renesas, Texas Instruments, and a lot more, the world inside modern electronics has changed and it automatically changed the outer world too.

A single chip with processor, memory, I/O (input and output) peripherals making the typical microcontroller has its industrial applications in vehicles, robotics, medical devices, home appliances, manufacturing to automotive. The automotive sector is itself in the transactional phase and the increased demand for safety, comfort, infotainment, and fuel economic vehicles drive the automakers to introduce microcontrollers. These new functions need a powerful microcontroller to process smoothly. A microcontroller in an automotive is controlling the anti-lock braking system, traction control,  fuel injection or suspension control, the automobile audio system, and remote control system. Factors propelling the growth of the automotive microcontroller market include an increase in technological advancement, increase in production of electric vehicles, installation of enhanced safety features, and practices saving power & space and bringing down fuel consumption.

The global microcontroller market size was valued at $16.49 billion in 2019 and is expected to reach $42.19 billion by 2027, growing at a CAGR of 11.50% from 2020 to 2027. The new projects throughout the world have stalled that in turn has the significant demand in the several industries including automotive, consumer electronics, industrial, medical devices, military & defense, and others. Microcontrollers are covering a wide range from the smallest device like digital watches to their vital roles in airplane navigation systems. The industry that has been in the headlines due to its transactional phase is automotive. Microcontrollers are the base equipment that is used in automotive. Since microcontrollers primarily take on control and communication tasks, there are many applications in automobiles that are possible with microcontrollers and can be implemented simply and cost-effectively. In modern vehicles today, small 8 or 16-bit microcontrollers (MCUs) are used in numerous applications – from position sensors to controlling windshield wipers. Though the growing complexity in automotive electronics is amplifying the need for higher perormance32-bit MCUs.

MCU in automotive is as important as its fuel.MCUs are coexisting in an automotive design with all catering to different functions. Probably the most essential requirement of automotive microcontroller families is clearly the technical security to be brought with them, which clearly differs from consumer devices or communication applications. In addition, integrated flash and RAM memories with their security mechanisms ensure robustness over the entire life cycle. In an automotive, MCUs are present in CAN(Control Area Network), MOST(Media Oriented System Transport), LIN(Local Interconnect Network), and FlexRay(Brake -by -wire). Onboard communication systems, lane departure warning systems, and road condition advisories are a few new advanced features of modern automotive.

As operating in harsh environments also, Microcontroller (MCU), as the core of internal operation and processing of automotive electronic systems, is also distributed in dozens of subsystems such as suspension, airbag, door control, and audio. While operating in heat, dust, and more harsh environment, MCUs needs to be connected with multiple electronic control devices (ECUs) and the most common transmission interfaces are CAN and LIN.

Controlled Area Network abbreviated as CAN is the network reliable for all the latest communication. To narrow it down, CAn works as the medium between the vehicle’s electronic system and the system that is commanded to process and for better communication. CAN Protocol defines, how the vehicle data like engine speed, vehicle speed, diagnostics information, etc. should be shared between the ECUs. Every control unit (known as a node of the network) that needs to communicate using CAN protocol is connected via a Serial BUS. While LIN which is also used for communicating is a single wire, a serial network protocol that supports communications up to 19.2 Kbit/s at a bus length of 40 meters.LIN networks provide guaranteed latency times, making it a more predictable network. Overall implementation- LIN is less expensive and simpler to implement than CAN. In the case of CAN, each node requires a CAN interface, crystal, and 2-wire connection.

Automobiles are the foundation of the next generation of mobile-connected devices, with rapid advances being made in autonomous vehicles. Autonomous application solutions are partitioned into various chips, called SoCs (systems on a chip). These chips connect sensors to actuators through interfaces and high-performance ECUs (electronic controller units).In all of it, one common factor that is responsible for the reliable operation of all is MCUs.

With the rise in technological advancement, automobiles need more functional safety standards like ISO 26262 which defines the Automotive Safety Integrity Levels (ASILs).In the case of ADAS, this is often implemented through a MCU with dual-core lock-step implementation. Since this approach consumes a considerable amount of area and power, it is usually reserved for higher ADIL levels. The major security integrity is managed through MCUs right from the cyber security management. To engine management, Radar cruise control to even brake lights.

MCUs have a very pivotal role in ADAS sensor fusion also and the Advance Driving Assistance system is all about sensors. Every system like RADAR, LiDAR, GPS/GNNS sensor that is making a traditional automobile as ADAS are controlled and communicated in the ECU with the help of MCUs. Sensor fusion is an increasingly important aspect of ADAS implementations. Sensor fusion describes the use of MCUs to combine inputs from various sensors such as radar, camera, ultrasonic, and LIDAR to improve overall awareness of dynamic machine/infrastructure status and/or the ambient environment around the vehicle.