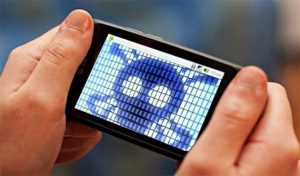 At Mobile World Congress (MWC) 2018, McAfee, the device-to-cloud cybersecurity company, unveiled its latest Mobile Threat Report. McAfee Labs detected over 16 million mobile malware infestations in the third quarter of 2017, with new threats emerging around the globe, spanning from Afghanistan and Algeria to Sweden, the U.K., the U.S., and Zimbabwe.

EP Shanghai 2019 to portray advanced technologies for Electric Power and...