Home News India News “Making weapons in India is the backbone of our ‘Made in India’... 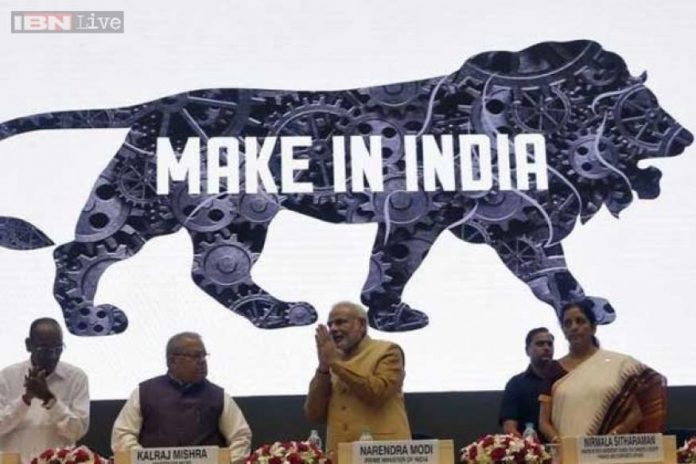 TUMAKURU, JANUARY 3- Laying the foundation stone for HAL’s greenfield helicopter project at Biderehalla Kaval village, near Tumakuru, Modi said: “If India has to be self-reliant in its security requirements, our armed forces need the latest and modern equipment. We have to make our own weapons.”

“Making weapons in India rather than importing them is our motto and it is the backbone of our ‘Made in India’ programme.”

“Self-reliance in the area of security needs is crucial. We have to make our own weapons and ‘Make in India’ is a step towards achieving it,” Prime Minister Narendra Modi said.

“At present we import weapons from other countries to equip our armed forces…Now, we have made it a policy that before striking a deal for weapons, the government puts in a condition in the agreement to make a part of the weapons in India,” he explained.

“A facility like this (HAL) will not only strengthen the armed forces, but also realise the dreams of Babasaheb Ambedkar, who was a champion of industrialisation,” he added.

Karnataka Chief Minister Siddaramaiah said the State has taken steps to get the project implemented at a fast pace. Some 610 acres of government land has been allotted and transferred at a concessional rate of ₹1 lakh an acre, he added.

HAL, he said, has set a target to manufacture 600 helicopters from this facility and as much as ₹5,000 crore will be invested, which will provide direct and indirect employment to about 4,000 people.