MENUMENU
Home Industry News Make in India for IT Goods to Suffer Setback Thanks to GST,... 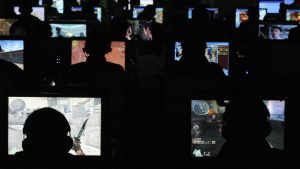 When the grand ‘Make in India’ initiative flagged by Prime Minister Modi already suffering negative reviews, might get shown further backseat by none other another major GoI financial drive, the GST, says industry players in electronics. And how does it happen?

Anwar Shirpurwala, Executive Director, Manufacturers’ Association for Information Technology (MAIT), expressed concern over tax slabs under GST regime related to printers, copiers, mobile devices, monitors and data cables. MAIT said that although GST has reduced the number of taxes, the rates in some cases make it cheaper for importers than for smaller companies manufacturing in the country. Interestingly this sounds like a hindrance to the government’s goal to achieve zero imports in electronics by 2020.

For example, the pre-assembled desktops are charged at 18% but standalone monitors that are mostly manufactured in the country are charged at 28%. “All IT products should be in one slab. Desktop computers are imported into India at zero percent and have been put at 18% GST and if you compare it with local company which manufactures a monitor or buys monitor and CPU locally to integrate and sell in India, there would be a clear difference of price. Government should look into this anomaly,” Shipurwala said

He added that considering the importance of IT in government projects, it would be better if all IT goods, as described under the IT act, are subjected to a rate of 18% GST which would help local manufacturers build products and contribute to the cause of Digital India. “Make in India is a landmark initiative but it still needs concrete policies to lessen the burden of imports.”

According to a Gartner Inc. report, IT spending in the Indian government sector is projected to reach $8.5 billion in 2018, an increase of 8.9 percent from 2017 estimated spending of $7.8 billion.

Spending on devices, which includes printers/copiers/MFPs, mobile devices, PCs, and tablets, is estimated to see the highest growth in 2017, with an increase in spending by nearly 21 percent to reach $1 billion,” said Moutusi Sau, principal research analyst at Gartner. “This will further increase by another 9.4 percent to reach $1.1 billion in 2018.”

Chandrahas Panigrahi, Consumer Business Head, Acer, said on a similar note, that, even though taxation has been made hassle-free post-GST across India, it would be a futile effort for the Indian hardware industry unless all IT products are put in one rate tax slab. Rahul Agarwal, CEO, Lenovo India said that a single tax slab would increase the ease of doing business factor for all organisations like them.

However, analyst agencies like Aranca, IDC, and KPMG differs on this stating that the overall impact of GST on hardcopy peripherals had been positive. Nishant Bansal, Associate Research Manager, at IDC India pointed out that accounting governance created by GST implementation, which requires businesses to maintain copies of electronic invoices to claim GST refund, largely contributed to the market growth in 2017 Q3.