Looking Forward to the Adoption of Electric Vehicles in India 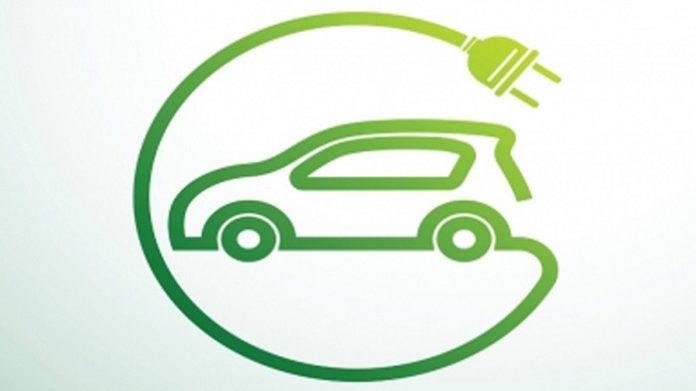 India has been working towards reducing its carbon footprint and Green House Gas (GHG) emissions in line with its commitment to achieving net-zero emissions by 2070, which was announced at the 26th United Nations Climate Change Conference of the Parties (COP26). India is one of the many countries which committed to the Zero Emission Vehicle (ZEV) Pledge by 2040. Although there are multiple pathways to achieve these commitments, the immediate solution to contribute to India’s net-zero targets is the uptake of Electric Vehicles (EVs).

There are, however, multiple challenges like high adoption cost, lack of charging infrastructure, as also negative consumer perceptions, that impede EV adoption. The government and the industry are trying to accelerate EV adoption by reducing the cost of acquisition, creating a network of charging infrastructure, improving the distance which can be covered between recharges, strengthening the overall electric mobility ecosystem, etc.

Among all these challenges, creating awareness and sensitizing all the relevant stakeholders is critical to make them understand their responsibility as a citizen, organization, government agency, OEMs towards contributing to the EV adoption. The level of sensitization should bring a feeling of pride and belonging, as catalyzing the EV adoption contributes to the overall economy and helps the nation by contributing to the commitments for curbing GHG emission.

Building a cultural movement of Electric Vehicle enthusiasts in India

In line with the above, the government recently announced a number of initiatives to build awareness among the EV ecosystem actors. Initiatives like ‘Go Electric’ for creating awareness on the benefits of EVs and EV charging infrastructure have been launched to boost EV adoption. Another campaign is ‘Shoonya’, aimed to promote the adoption of zero emission electric vehicles for last-mile delivery. In order to create an integrated platform for EV ecosystem actors, the government has also launched the ‘e-Amrit’ portal on EVs, which is a one-stop shop for all the information related to EVs to encourage the consumers to consider well-informed shift towards electric. OEMs have also been supplementing the integrated platform for encouraging positive consumer perceptions.

The EV consumers across the nation may form a strong community to exchange their experience and knowledge in EV adoption with a sense of contribution to India’s e-mobility ecosystem. There should be also a sense of exclusivity in terms of how these electric vehicles stand out vis-à-vis gas-guzzling vehicles. Some countries like France and USA are also implementing preferential parking and lanes for the electric vehicles to further this exclusivity narrative. There are mentions of Low Emission Zones in many policies, which are significant to discourage the prolonged use of ICE (Internal Combustion Engine) vehicles and encourage the adoption of EVs. Indian campaigns like ‘Switch Delhi’ are likely to play a vital role for sensitization of the general public towards EVs. The USA has a National Drive Electric Week which facilitates hundreds of EV test drive events across the nation to boost public sensitization on EV. China has released a New Energy Vehicle Mandate along with ban on the ICE version of two and three wheelers in a few cities.

A vision to bridge the existing gaps in electric mobility

There is a necessity of long-term strategies to fulfill the international commitments, coupled with strong implementation roadmaps for the EV policies, both at the national and the sub-national levels. There could be added advantages to purchase of EVs like tax rebates as an incentive towards contribution of GHG emission reduction, preference in parking and lanes, lower toll charges and zero surcharge on vehicle insurance. There could be other benefits of owning EVs which could be introduced by OEMs like discounted charging infrastructure costs, roadside assistance, etc.

A carbon credit system already exists in India which enables ownership of the equivalent of one metric ton of carbon dioxide that can be traded, sold or retired. Carbon, like any other commodity, has begun to be traded on India’s Multi Commodity Exchange. Although this credit system exists for large companies in India, the same is not existent at an individual level anywhere in the globe.

There are GHG trackers for individuals now available with the air-tickets that quantify the carbon footprint of the journey before the ticket is booked. Using IoT and digital platforms, the credit system can be automated. Greater score can result in greater incentives for the consumer. GHG emissions tracking can be enabled for transit systems on the ground and each person’s GHG emissions could be tracked through a unified carbon credit system which could be implemented for every consumer and as in case of a credit rating, benefits linked to a higher carbon credit score could be provided to the customers which can enhance the EV adoption rate and also help the general public to participate in the government’s plans to enable the EV transition.