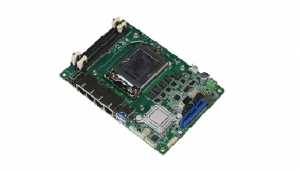 AAEON, an industry-leading developer of embedded computers, proudly launches the EPIC-KBS9, the world’s only 4” SBC built to accommodate 65W Intel Core i socket-type processors. Fitted with these incredibly powerful CPUs, the board is ideal for data encryption, video streaming, and advanced machine vision applications.

The EPIC-KBS9’s high-powered specifications don’t end with its CPU capabilities, everything on this board has been designed for accelerated computing. Two SODIMM sockets enable a 32G dual-channel memory platform, and thanks to its PCIe [x4] slot, the board also supports NVMe SSDs for significantly faster boot times and response rates.

As a solution for LAN applications, the EPIC-KBS9 is fitted with four GbE LAN ports. It also features two USB3.0 ports, two USB2.0 internal connectors, an HDMI port, and two COM connectors, so it can easily handle multiple peripherals. The motherboard can be expanded through its PCIe [x4] slot and an additional full mSATA/Mini-PCIe slot.

“The EPIC-KBS9 completes AAEON’s range of EPIC SBCs. Featuring Intel Core i socket-type processors, the series offers a level of computing performance usually only seen with Mini-ITX products,” said Alicia Wang, AAEON embedded computing division product manager. “The EPIC-KBS9 is the most powerful of these boards, and it produces computing speeds that simply can’t be matched by any other 4” SBC”, she added. 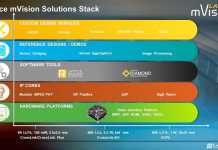 Why would a company Invest in Raspberry Pi?

Fit as a dog: How to transform a human pedometer into...