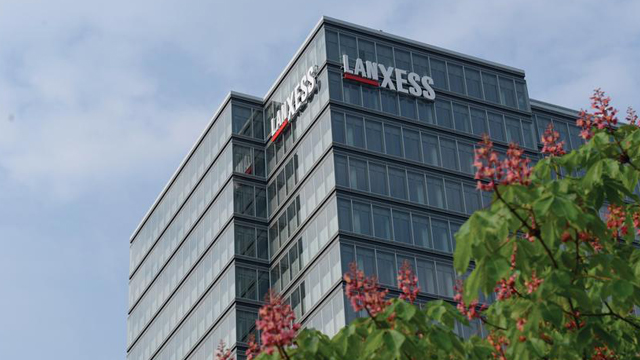 Following an excellent third quarter of 2017, specialty chemicals company LANXESS is still on course for the highest earnings in its history.

Global sales increased by 25.1 percent or EUR 483 million to EUR 2.4 billion. A year earlier, they amounted to EUR 1.9 billion. EBITDA pre exceptionals improved by 35 percent to EUR 347 million, compared with EUR 257 million in the prior-year quarter. The contributions from the acquired Chemtura businesses as well as higher volumes had a particularly positive effect. The EBITDA margin pre exceptionals in the third quarter of 2017 stood at 14.4 percent, which was considerably above the value of 13.4 percent reported in the prior-year period.

“LANXESS is in full swing. Our clear strategic focus on high-margin specialty chemicals is increasingly paying off, and in operational terms we are performing very well in our new setup. It is particularly pleasing that all regions and all our specialty chemicals segments are seeing considerable earnings growth,” said Matthias Zachert, Chairman of the LANXESS Board of Management.

Due to one-time exceptional charges, net income was EUR 55 million, after EUR 62 million in the prior-year quarter. These one-time effects resulted primarily from the consolidation of the production of lubricant precursors and the associated discontinuation of production at the Ankerweg site in Amsterdam (Netherlands). Net income pre exceptionals increased by 37.7 percent to EUR 106 million, compared with EUR 77 million in the prior-year quarter.

After the strong figures of the third quarter, the Group is refining its earnings forecast for 2017 and lifting the lower end of the range by EUR 25 million. LANXESS now expects EBITDA pre exceptionals of between EUR 1.25 billion and EUR 1.3 billion. This would be a record for the Cologne-based company, as its highest operating result to date is the roughly EUR 1.2 billion achieved in 2012.

After the consolidation of production of chrome chemicals and lubricant precursors, LANXESS drives the announced optimization of its portfolio. The Group sold the non-core business with chlorine dioxide disinfectant solutions to the Canadian Superior Plus Corp. The chlorine dioxide business, with its headquarters in North Kingstown, USA, and around 40 employees, was part of the Clean & Disinfect division acquired from Chemours in August 2016.

Sales substantially higher year on year across all segments

Sales of the Advanced Intermediates segment in the third quarter of 2017 were EUR 479 million, 10 percent or EUR 44 million above the prior-year figure of EUR 435 million. EBITDA pre exceptionals increased by nearly 5 percent or EUR 4 million to EUR 87 million, compared with EUR 83 million a year earlier. Higher volumes in the Advanced Industrial Intermediates business unit had a particularly positive effect. The EBITDA margin pre exceptionals was 18.2 percent, against 19.1 percent in the previous year.

Sales in the new Specialty Additives segment climbed by a very significant 124 percent or EUR 265 million to EUR 478 million, compared with EUR 213 million in the previous year. EBITDA pre exceptionals amounted to EUR 77 million up EUR 42 million or 120 percent on the prior-year level of EUR 35 million. This substantial earnings increase was mainly due to the integration of the Chemtura additives business. The EBITDA margin pre exceptionals of 16.1 percent was slightly below the prior-year level of 16.4 percent.

Sales in the Performance Chemicals segment rose by 11 percent or EUR 36 million in the third quarter of 2017 to EUR 364 million, against EUR 328 million a year earlier. EBITDA pre exceptionals advanced by EUR 9 million or 16.1 percent to EUR 65 million, compared with the prior-year level of EUR 56 million. All business units increased their sales volumes. The Clean and Disinfect specialties business acquired in the previous year made a significant contribution to the good earnings. The EBITDA margin pre exceptionals increased to 17.9 percent from 17.1 percent previously.

In the Engineering Materials segment, sales increased by 36.6 percent or EUR 94 million to EUR 351 million, up from EUR 257 million a year earlier. EBITDA pre exceptionals increased by a considerable EUR 22 million or 52.4 percent to EUR 64 million, compared with EUR 42 million a year earlier. In the High-Performance Materials business unit, the positive earnings development resulted from higher volumes and the trend toward higher-margin products. The high-margin urethane business acquired as part of the Chemtura acquisition also contributed to the earnings increase. The EBITDA margin pre exceptionals was 18.2 percent, up from 16.3 percent in the prior-year quarter.

In the ARLANXEO segment, sales increased by around 6 percent or EUR 42 million to EUR 717 million, up from EUR 675 million a year earlier. EBITDA pre exceptionals amounted to EUR 76 million, 17 percent or EUR 15 million down on the comparative figure of EUR 91 million. The decline in earnings was due to the significant volatility of raw material prices and a weak US dollar. The EBITDA margin pre exceptionals was therefore 10.6 percent, against 13.5 percent a year earlier.

Forward-Looking Statements
This company release contains certain forward-looking statements, including assumptions, opinions, expectations and views of the company or cited from third party sources. Various known and unknown risks, uncertainties and other factors could cause the actual results, financial position, development or performance of LANXESS AG to differ materially from the estimations expressed or implied herein. LANXESS AG does not guarantee that the assumptions underlying such forward-looking statements are free from errors nor does it accept any responsibility for the future accuracy of the opinions expressed in this presentation or the actual occurrence of the forecast developments. No representation or warranty (expressed or implied) is made as to, and no reliance should be placed on, any information, estimates, targets and opinions, contained herein, and no liability whatsoever is accepted as to any errors, omissions or misstatements contained herein, and accordingly, no representative of LANXESS AG or any of its affiliated companies or any of such person’s officers, directors or employees accept any liability whatsoever arising directly or indirectly from the use of this document.

LANXESS is a leading specialty chemicals company with sales of EUR 7.7 billion in 2016 and about 19,200 employees in 25 countries. The company is currently represented at 74 production sites worldwide. The core business of LANXESS is the development, manufacturing and marketing of chemical intermediates, additives, specialty chemicals and plastics. Through ARLANXEO, the joint venture with Saudi Aramco, LANXESS is also a leading supplier of synthetic rubber. LANXESS is listed in the leading sustainability indices Dow Jones Sustainability Index (DJSI World and Europe) and FTSE4Good.

Latest high-performance electromagnetic solutions for various applications to be showcased at...

2018: The year of Success for Autonomous Vehicle Guidance and Current...