LabVIEW NXG 1.0 by NI to give Automated Measurements 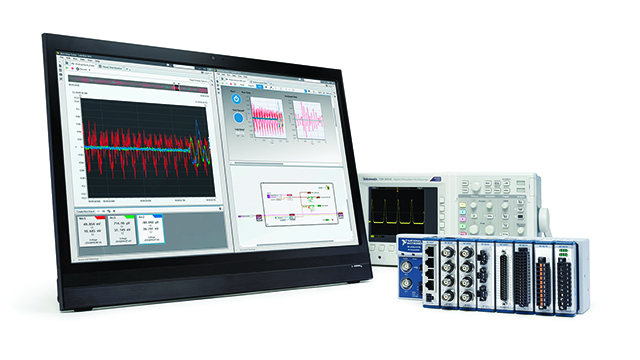 NI, the provider of platform-based systems that enable engineers and scientists to solve the world’s greatest engineering challenges, announced on May 24, 2017, LabVIEW NXG 1.0, the first release of the next generation of LabVIEW engineering system design software. LabVIEW NXG bridges the gap between configuration-based software and custom programming languages with an innovative new approach to measurement automation that empowers domain experts to focus on what matters most – the problem, not the tool.

“Thirty years ago, we released the original version of LabVIEW, designed to help engineers automate their measurement systems without having to learn the esoterica of traditional programming languages. LabVIEW was the ‘nonprogramming’ way to automate a measurement system,” said Jeff Kodosky, NI cofounder and business and technology fellow, known as the ‘Father of LabVIEW.’ “For a long time we focused on making additional things possible with LabVIEW, rather than furthering the goal of helping engineers automate measurements quickly and easily. Now we are squarely addressing this with the introduction of LabVIEW NXG, which we designed from the ground up to embrace a streamlined workflow. Common applications can use a simple configuration-based approach, while more complex applications can use the full open-ended graphical programming capability of the LabVIEW language, G.”

The 1.0 release of LabVIEW NXG helps engineers performing benchtop measurements drastically increase their productivity with new nonprogramming workflows to acquire and iteratively analyze measurement data. These nonprogramming workflows simplify automation by building the necessary code behind the scenes. For instance, engineers can drag and drop a section of code equivalent to 50 lines of text-based code. This is just one of the many ways LabVIEW NXG helps engineers focus on innovation rather than implementation.

“As business has increased, the NI platform has allowed our software to scale up to meet the rising demand,” said Casey Lamers, senior controls engineer at Phoenix Nuclear Labs, which provides the world’s strongest commercial neutron generators for industries such as medicine, energy and material processing. “Developing custom software for a new accelerator used for the medical imaging isotope industry has gone from taking months to weeks, and software build times have gone from hours to just 30 minutes. As a participant in NI’s lead user program, we’ve been using early versions of LabVIEW NXG over the last year and are confident it will further reduce our development time and improve our ability to deliver new features faster.”