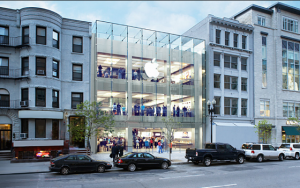 Reports had earlier said that the iconic iPhones would be manufactured in Bengaluru by Wistron, a Taiwanese OEM maker for Apple.

Apple Inc’s decision to commence initial manufacturing operations in Bangalore has been welcomed by the Government of Karnataka on February 3, 2017.

“Apple’s intentions to manufacture in Bengaluru will foster cutting edge technology ecosystem and supply chain development in the state, which are critical for India to compete globally,” an official release issued by Karnataka IT Minister Priyank Kharge said.

The release did not detail about what the initial manufacturing operations would be. However, reports quoting highly placed government sources had earlier said that the iconic iPhones would be manufactured in Bengaluru by Wistron, a Taiwanese OEM maker for Apple.

“Wistron has plans for setting up iPhone manufacturing plant for domestic market in Peenya,” they had said.

Apple’s decision on initial manufacturing in Bengaluru has further enhanced the city’s reputation as the most preferred destination for foreign investment and further validation of State Government policies aimed at fostering manufacturing, innovation and investments in Karnataka, the release added.

Local manufacturing is expected to help Apple price its phones more competitively in India as it currently attracts 12.5 per cent additional duty on imports.

This would be Apple’s second big project for Bengaluru. In May, Apple had announced setting up a design and development accelerator in the city to grow the iOS developer community.

The announcement was made as part of the visit of Apple CEO Tim Cook to India.

Statement from Supervisory Board of STMicroelectronics