ISRO is one of the Best Space Agency in Efficient Use of Funding for Satellite Launches, Says Experts 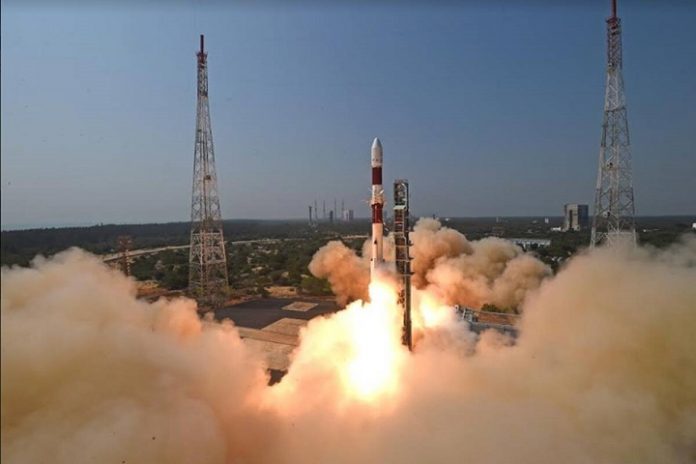 Under the BRICS (Brazil, Russia, India, China and South Africa) Framework, a proposal for ‘BRICS Virtual Constellation of Remote Sensing Satellites’ in order to establish a mechanism to share remote sensing satellite data is under consideration.
India & Brazil Space Cooperation
Recently, India Space Research Organisation (ISRO) along with 18 other satellites launched the Brazilian satellite Amazonia-1 which was the primary payload. The Polar Satellite Launch Vehicle (PSLV) C-51 on February 28, 2021, launched a total of 19 satellites from the First Launch Pad of Satish Dhawan Space Centre, SHAR, Sriharikota. They were part of the first dedicated commercial PSLV mission for its commercial company NewSpace India Limited (NSIL).
As per the report, Amazonia-1 the primary payload on Sunday’s launch is the first earth observation satellite, designed, developed, assembled and tested in Brazil.
As per the report, the Space sector has been identified as a major area of cooperation by the top leaders of both countries. A Memorandum of Understanding between the Department of Space, India and the Brazilian Space Agency (AEB) was inked in March 2002, and this was then followed by a Framework Agreement in 2004. A Joint Working Group on Space which was constituted under the Agreement, met last January to identify priority areas for cooperation.
India and the South American nation Brazil have been collaborating in Data sharing and satellite tracking of Indian satellites on a semi-commercial basis.
In 2007, an Implementing Arrangement for Cooperation in Augmentation of Brazilian Earth stations was signed – this allowed access to Brazilian ground stations to remote sensing data from the Indian satellites. This included from Resourcesat-2. Brazilian earth stations of Alcantara and Cuiaba, which are being used by ISRO to receive and process data of Indian Remote Sensing satellites.
They have also been provided tracking facilities to Chandrayaan – 1 & 2 and ASTROSAT. Also as reported earlier, two officials from the Brazilian Space Agency (AEB) had participated in ISRO’S ‘UNNATI’ (UNispace Nanosatellite 4 Assembly & Training by ISRO). This was an 8-week long training programme related to Nano-satellite building.
Views of  An Astronaut & Space Scientist From The LAC Region
Sharing his views with Financial Express Online, Dr Adolfo Chaves-Jiménez, Coordinator, Space Systems Engineering Laboratory, Costa Rica Institute of Technology, Spaceflight crewman candidate says, “The launch of the Brazilian satellite Amazonia-1 and several other secondary loads, including another Latin American satellite (Nanoconect-1 from National Autonomous University of Mexico, UNAM) are two examples in different kind of applications on how the cooperation between ISRO and Latin America is effective.”
“ISRO has shown to be one of the best, if not the best, public agency regarding the efficient use of funding for satellite launches, being considered by many as one true contender to companies like SpaceX, Blue Origin or Planet Labs. This means that ISRO, with common interests to developing nations in Latin America, and with no restrictions like ITAR, has the potential to become a prime partner for future missions, with mutual benefits, like installation of ground stations of India in Latin America in exchange for launch opportunities,” says Dr Chaves-Jiménez, who is also part of the Costa Rica Space Agency Law project.
According to him, “The capabilities of ISRO could be complementary to nations, like Costa Rica, were in order to become space nations we could focus to be world-class on an application, and be supported by nations with complementary capabilities, like India. These complementary capabilities would enable the capabilities of developing countries to be part of the space research and development sector.”
Launching capabilities are an example of a complementary capability of ISRO since no Latin American nation has this capability (even when the launches of ESA are done from South American soil, but they belong to French Guyana).
“But launches are far from being the only cooperation required by Latin American nations. Exchange in knowledge in areas like manufacturing, biological applications, environmental technologies, software development and in general areas related to Industry 4.0 are all areas where mutual development offers future opportunities for all our countries.
For this reason, I strongly believe in the potential of alliances between ISRO and in general the Indian Space Sector and our work in Latin America in the area,” he concludes.
Says Ronnie Nader, father of the first Ecuadorian Satellites, “I think that the launch of Brazil’s Amazonas satellite onboard the Indian PSLV rocket marks an advance of ISRO’s launch vehicle capabilities in terms of establishing a presence in the Latin American space sector, which is growing fast. And, also not to forget that a Cubesat from the National Autonomous University of Mexico was also launched on this mission as a secondary payload. The fact that Brazil had selected PSLV and ISRO for a mission of such importance as Amazonas, which is an earth observation satellite, and therefore a big one, says much about the milestones achieved and the maturity of the PSLV system.”
“For our region is important to have launch partner as India, which, as an emerging country, understands better the needs and character of our region, our struggles and our march towards progress, I think that together we can achieve wonders, if we are given to the endeavour of strengthening our bonds, work together more often and longer.
I think it will go a long way for our peoples to have an interplanetary or lunar mission together from the emerging countries to show the world we are ready to not only participate but to contribute to humanity biggest enterprise which is the colonization of the solar system, its wonders and riches, but most importantly, to show our peoples that if it is true that space is for mankind, we, the emerging countries, are mankind too,” the Ecuadorian Astronaut concludes.