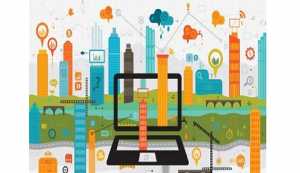 EEMBC, an industry consortium that develops benchmarks for embedded hardware and software, announced that its internet of things IoTMark-BLE benchmark is now available for licensing. Part of the IoTMark benchmarking suite for measuring the combined energy consumption of an edge node’s sensor interface, processor, and radio interface, IoTMark-BLE focuses on Bluetooth Low Energy (BLE) devices.

The IoTMark-BLE benchmark profile models a real IoT edge node consisting of an I²C sensor and a BLE radio through sleep, advertise, and connected-mode operation. The benchmark measures the energy required to power the edge node platform and to run the tests fed by the benchmark. At the center of the benchmark is the IoTConnect framework, a low-cost benchmarking harness used by multiple EEMBC benchmarks. The framework provides an external sensor emulator (the IO Manager), a BLE gateway (the radio manager), and an Energy Monitor. The host system controls this framework, runs the benchmark, and performs verification to ensure that the device under test (DUT) performed the benchmark correctly.

Benchmark users interact with the DUT via an interface with which they can set a number of tightly defined parameters, such as connection interval, I²C speed, BLE transmission power, and more. Default values are provided to enable direct comparisons between DUTs, or users can change them to analyze a design’s sensitivity to each parameter. IoTMark-BLE’s IoTConnect framework supports microcontrollers and radio modules from any vendor, and it is compatible with any embedded operating system, software stack, or OEM hardware.

“With many IoT edge node platforms being deployed in environments without grid power and with limited opportunity to change batteries, power consumption is a primary concern in their design,” said Peter Torelli, EEMBC president and CTO. “Built on the foundation of our ULPMark benchmark for low-power microcontrollers, IoTMark takes the next step for edge nodes by including the energy consumption of their sensor interface and communications hardware. For devices utilizing BLE radios, the IoTMark-BLE benchmark will be instrumental in helping designers choose the best microcontroller, RF components, and communications protocol to extend battery life in their applications.”