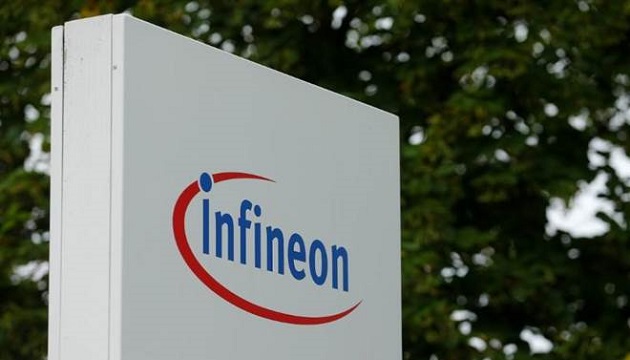 “Infineon remains on course. Although the global economy remains sluggish, Group revenue again grew in the third quarter,” stated Dr. Reinhard Ploss, CEO of Infineon. “Demand was solid overall, despite the lack of significant growth momentum. Regardless of the ongoing unfavorable macroeconomic conditions, we still expect to achieve our targets for the current fiscal year. The underlying drivers of our future markets are very much intact and continue to provide good long-term growth prospects to Infineon.”

Group performance in the third quarter of the 2019 fiscal year

The third-quarter gross margin was 36.5 percent, compared to 37.8 percent in the second quarter. Included therein are acquisition-related depreciation and amortization as well as other expenses totaling €14 million, mainly relating to the previous acquisition of International Rectifier. The adjusted gross margin decreased from 38.5 percent to 37.2 percent quarter-on-quarter. Segment Result amounted to €317 million, compared to €332 million for the preceding three-month period. The Segment Result Margin went from 16.7 percent to 15.7 percent quarter-on-quarter.

The non-segment result for the three-month period under report was a net loss of €34 million, compared to a net loss of €27 million in the previous quarter. The third-quarter non-segment result included €14 million of cost of goods sold, €13 million of selling, general and administrative expenses, and €1 million of research and development expenses. In addition, net operating expense amounting to €6 million were incurred in connection with the planned acquisition of Cypress Semiconductor Corporation (“Cypress”), USA.

Operating income for the third quarter of the 2019 fiscal year amounted to €283 million, compared to the second-quarter figure of €305 million.

On 3 June 2019, Infineon and Cypress signed an agreement for the purchase of Cypress. Infineon intends to acquire Cypress for a cash price of USD 23.85 per share, corresponding to an enterprise value of €9 billion.

“The planned acquisition of Cypress is a landmark step in Infineon’s strategic development. With this transaction, Infineon is entering a new dimension,” commented Dr. Reinhard Ploss, CEO of Infineon. “The Infineon and Cypress portfolios complement each other ideally. The acquisition will enable us to strengthen our core power semiconductor business in the long term. With Cypress, Infineon will be able to gain an even stronger foothold in important future markets and accelerate the pace of growth.”

Infineon’s Supervisory Board and Cypress’s Board of Directors have already approved the proposed transaction. Completion of the transaction is subject to approval by Cypress shareholders and regulatory approvals in the relevant jurisdictions as well as to customary closing conditions. The transaction is expected to close towards the end of the 2019 calendar year or early in 2020.

Initially, a small group of banks had provided binding loan commitments to finance the transaction. The ultimate financing structure is oriented towards maintaining an investment grade rating. Infineon therefore intends to finance approximately 30 percent of the transaction using equity capital. The remainder will be raised through debt instruments and available cash. In view of the equity portion, a capital increase against cash contribution was carried out on 18 June 2019.

Outlook for the 2019 fiscal year

Based on the first three quarters and expectations for the fourth quarter, Infineon confirms its revenue expectation of €8.0 billion for the 2019 fiscal year. Revenue in the previous fiscal year totaled €7.6 billion. Revenue is therefore likely to grow by a bit above 5 percent year-on-year. This forecast is based on an assumed EUR/USD exchange rate of 1.15. The Segment Result Margin is expected to come in at 16 percent. quarter-on-quarter. The Segment Result Margin came in at 15.4 percent, compared to 19.3 percent in the previous quarter.

PMM segment revenue edged up by 1 percent to €598 million in the third quarter. The equivalent figure for the previous three-month period was €591 million. Revenue growth reflected seasonality in demand for products for mobile devices on the one hand and the slightly stronger US dollar on the other. Demand remained stable for products for AC-DC power supplies and fell slightly for DC-DC applications. The Segment Result went up from €132 million to €145 million quarter-on-quarter. The Segment Result Margin increased to 24.2 percent after 22.3 percent for the previous three-month period.

DSS segment revenue increased from €164 million in the second quarter to €167 million in the third quarter of the current fiscal year. The 2 percent rise in revenue was mainly attributable to higher demand for payment systems. Revenue for the remaining applications remained largely unchanged. At €19 million, the Segment Result was unchanged to the previous quarter. The Segment Result Margin for the third quarter came in at 11.4 percent, compared to 11.6 percent in the preceding three-month period.