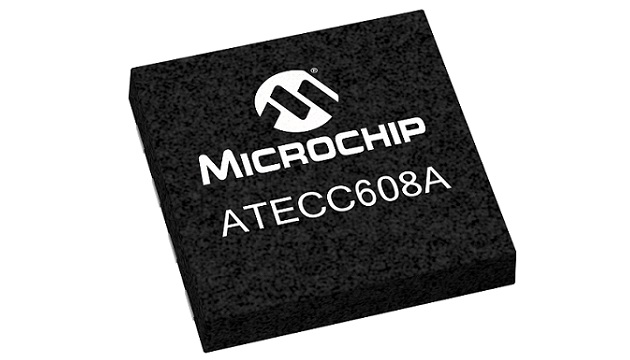 The joint solution significantly simplifies provisioning LoRaWAN devices and addresses the inherent logistical challenges that come with managing LoRaWAN authentication keys from inception and throughout the life of a device. Traditionally, network and application server keys are unprotected in the edge node, and unmonitored, as LoRaWAN devices pass through various supply chain steps and are installed in the field.

Similar to how a prepaid data plan works for a mobile device, each purchase of an ATECC608A-MAHTN-T device comes with one year of managed LoRaWAN join server service through The Things Industries. Once a device identifies itself to join a LoRaWAN network, the network contacts The Things Industries join server to verify that the identity comes from a trusted device and not a fraudulent one.

The temporary session keys are then sent securely to the network server and application server of choice. The Things Industries’ join server supports any LoRaWAN network, from commercially operated networks to private networks built on open-source components. After the one-year period, The Things Industries provides the option to extend the service.

“Hardware-based security is imperative for today’s connected applications,” said Nuri Dagdeviren, vice president of Microchip’s Secure Products Group. “Similar to how a subscriber identification module (SIM) card securely stores an international mobile identity number and its related key to authenticate subscribers on cell phones, the ATECC608A adds a hardware root of trust to the LoRa ecosystem to establish a trusted authentication when a device connects to the cloud.”

Microchip and The Things Industries have also partnered to make the onboarding process of LoRaWAN devices seamless and secure. LoRaWAN device identities are claimed by The Things Industries’ join server with minimal intervention, relieving developers from needing expertise in security. Customers can not only choose any LoRaWAN network but can also migrate to any other LoRaWAN join server by rekeying the device. This means there is not a vendor lock-in and customers have full control over where and how the device keys are stored.

The ATECC608A is agnostic and can be paired with any MCU and LoRa radio. Developers can deploy secure LoRaWAN devices by combining the ATECC608A with the SAM L21 MCU, supported by the Arm Mbed OS LoRaWAN stack, or the recently-announced SAM R34 System-in-Package with Microchip’s LoRaWAN stack. For rapid prototyping, designers can use the CryptoAuthoXPRO socket board and The Things Industries provisioned parts in samples with the SAM L21 Xplained Pro (atsamd21-xpro) or SAM R34 Xplained Pro (DM320111).