India’s Future is Driven by Electric Vehicles & Fuelled by Lithium 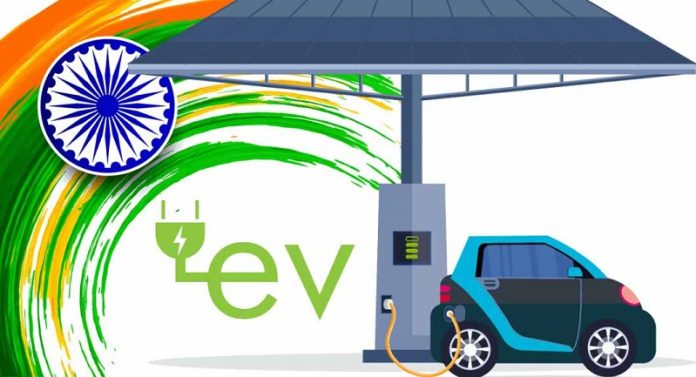 From public transportation to e-scooters the entire transport industry is turning electric. It’s been a while since the winds of the electric vehicle ecosystem are orbiting the Indian automotive spectrum, and now these wind currents are pointing toward a more promising, prosperous and sustainable future for India. The sheer serious and extensive efforts by the government of India aiming to amplify the emobility adoption of the country by announcing various schemes and policies only reflects a sharp reflection vision electrifying country’s automotive arena.

India’s electric vehicle market is expected to grow at a CAGR of 90 per cent to touch $150 billion by 2030. The demand incentives provided under FAME II, the launch of state policies, rising fuel prices, tightening emissions laws and increasing awareness of the green environment are a few factors making the sector attractive to larger automobile players and financial investors.

As we are routing our way out of the pandemic, the changing macroeconomic environment in the post-covid world has spawned several advantages for India relative to other emerging markets, giving birth to new opportunities that the country needs to take advantage of to meet the government’s aim of growing the economy to $5 trillion.

The electric vehicle industry is one of the most exciting, significant and necessary areas of innovation today. The global electric vehicle market was valued at $163.01 billion in 2020 and is projected to reach $823.75 billion by 2030. India has already shown its keen interest to be a major part of this automotive paradigm shift. Adding to that, India has already put forward the desire to become the biggest hub for electric vehicles in the future. Industry leaders consider electric cars to be a promising option. Electrification will also be a key enabler of reducing vehicular emissions, a potent contributor to around 7% of GDP or 14 lakh crores loss every year.

Unlike the erstwhile course of action – when a said technology came first but its support infrastructure took years to follow, the present Government has been more pre-emptive in developing the framework to enable mass digital adoption.

“Make in India” is already accelerating the shift from the traditional mobility paradigm to E- the mobility paradigm; we’re already seeing several startups and established businesses making the EV scene. This year’s budget details how the industry as a whole will transition from a single-user, vehicle-centric model to a shared, electric, and connected approach.

India is on the verge of a major transformation. This time, it’s in the transport industry, with electric cars (EVs) quickly becoming the nation’s penchant. The number of two- and three-wheeler electric vehicles on Indian roads has increased dramatically in the previous two years. Almost every automobile manufacturer today has EV ambitions. Plus, in less than a decade, the government plans to convert a large proportion of automobiles on Indian roads to electric vehicles.