The National Solar Mission may have set a target of 20 million metre square solar thermal capacity with ‘Make in India’ panels, but the government’s proposed incentives package has left this segment of the domestic solar industry out in the cold even though it is getting swamped by cheaper Chinese imports.

The renewable energy ministry has proposed a slew of incentives only for domestic solar PV (photovoltaic) industry, ignoring the fact that solar thermal sector — once the only 100% indigenised solar technology — has lost 60% market share to cheaper supplies from Chinese companies.

Solar Thermal Federation of India (STFI) estimates India’s annual solar thermal market to be of nearly one million m2, valued at Rs 1,000 crore. Except a few big players such as Tata Power Solar, solar thermal manufacturers are largely in the small or medium scale segment and provide about one lakh jobs. In contrast, solar PV units are either promoted or have connections with projects of large energy market players riding on the government’s target of 100 GW (giga watt) solar power capacity by 2022, providing some four lakh employment opportunities.

The government is considering imposing 70% safeguard duty to protect the domestic solar PV industry but has ignored the solar thermal industry’s demand for similar protection. STFI’s demand for setting up quality testing facility for imported units or components has also not evoked any response.

This runs contrary to the government’s aim of promoting green energy as part of its climate mitigation commitments. Solar thermal plants –earlier based on flat panels but now using tubular technology — are considered more efficient than solar PV (photovoltaic) cells used for generating electricity, with every one million m2 of installed solar thermal capacity estimated to save peak load of 10 GW. 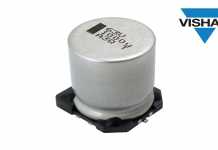