MENUMENU
Home Industry News India to have Five of the Ten Biggest Solar Plants in the...

Five of the world’s largest under-construction solar parks are located in India, as reported by the United States-based Institute for Energy Economics and Financial Analysis (IEEFA). The report also discusses the role of solar energy in driving the rapid cost deflation of electricity markets, and a global shift in storage, wind, hydroelectricity, and energy efficiency.

When it comes to operating solar plants, two of the world’s top ten are in India, the report stated. These two are the 1 GW ultra mega project in Kurnool, Andhra Pradesh and the Adani group’s 648 MW Kamuthi project in the state of Tamil Nadu.

The report also found that 2017 witnessed record-low utility solar tariffs in many countries like India, Chile, Mexico, and Saudi Arabia.

India has started the construction of many industrial solar parks along with the world’s largest utility scale solar project (2,225 MW) at Bhadla solar industrial park in Rajasthan, which is nearly complete. The country has also commissioned the world’s largest rooftop solar unit in Punjab (19 MW), the report observes.

While India’s current installation numbers aren’t as dramatic as China’s, the report notes India is clearly embarking on a massive transformation of its electricity sector. The 2018 National Electricity Plan national plans to increase India’s renewable energy capacity to 275 GW by 2027, with solar representing two-thirds of this total.

According to Mercom India, the IEEFA report predicted that as renewables rise in India, thermal power capacity is forecast to decline to just 43 percent of the nation’s total in 2027, down from 66 percent today.

Mercom recently reported that due to an increase in installation activity in the past year, solar accounted for over 22 GW of the total installed capacity. This represents 6.59 percent of the overall capacity addition in India. Solar recorded the largest increase with capacity installations rising 89 percent year-over-year (YoY). The share of solar capacity grew from 3.76 percent as of March 2017 to 6.59 percent as of March 2018.

Although coal continues to account for the majority of the power generation in India, 2017 marks the first time more solar capacity was installed than coal in India. Though solar is being installed at a rapid pace, due to a lower capacity factor, the actual electricity generated by solar tends to be much lower when compared to a coal power plant.

The report also highlights the challenges of an increase in variable renewable energy generation, as it will require a plethora of technological advancements in system balancing and improved grid connectivity. Other changes such as better demand response management, grid stability, storage, system pricing etc. will be invaluable tools to support this unhindered growth in the renewable energy market. 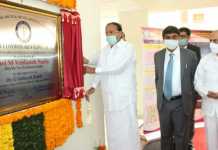 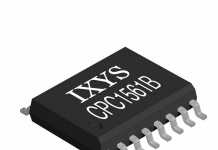 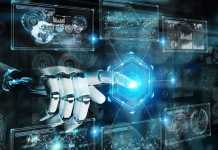