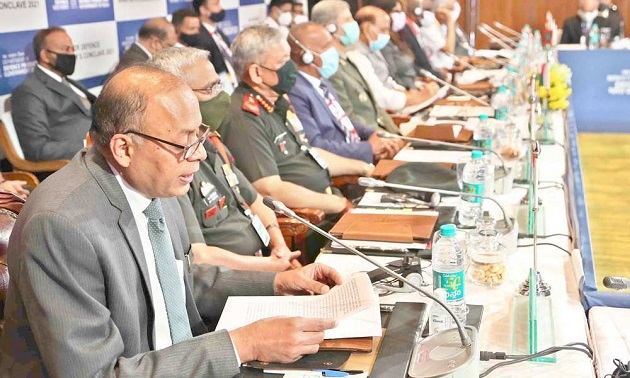 Defence Secretary Ajay Kumar stated that when Prime Minister Narendra Modi talks about self-reliance in defence it not only centres around sheer manufacturing as India has moved away from licence production regime.

Speaking at DRDO’s international seminar on “Energising the R&D Capabilities of Industry for Atma Nirbhar Bharat, he said, “Taking technology from outside and making defence products here is license production, not self-reliance. Research and development is the most important pillar of self-reliance. The latest and best technologies are used in defence.”

Kumar said that India proved her mettle in software and digital technologies in previous decades.

“India today has become the most attractive centre for R&D, engineering and design leaving China far behind. Moreover, the Covid has shown how Indian innovation has decimated all doubts regarding Indian capabilities. The world has recognised our capabilities,” he observed. In 2020 DRDO came out with one innovation followed by another.

Giving a thrust to Aatmanirbhar Bharat the process for procurement of 118 indigenous Arjun Mk-1A tanks has commenced.

“One of our banes is trial and testing. We need to reduce the time in this. DAP 2020 paved the way for the development and user trials combined. There are things that we are trying to do through simulation so that the time spent could be brought down. One needs to go to high altitude or the places where the temperature is high to go for trials. We can do it through simulation and save time,” he said.