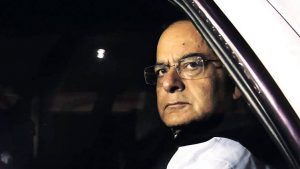 India is formulating policy to help major global defence companies set up manufacturing units in the country in collaboration with Indian firms, Finance Minister Arun Jaitley said, on Apr 22 2017,”Under our changed policy, we are in the future going to concentrate not merely in buying from the rest of the world, but encouraging global defence majors in collaboration with Indian companies to set up manufacturing units in India,” Jaitley said at a reception hosted by India’s Ambassador to the US Navtej Sarna.

Jaitley, who holds the additional charge of the Defence Ministry, said the Union Government has made the initial policy changes while some more are being planned. “Hopefully in the years to come, the impact of this change as far as defence manufacturing policy is concerned would be visible in India. It is receiving a good response from major manufacturers,” Jaitley said without giving any details.

Jaitley was given the additional charge of the Defence Ministry apart from the Ministry of Corporate Affairs after his predecessor Manohar Parrikar was made the Chief Minister of Goa. Using cricket lingo, he described himself as the “night watchman” for these two ministries. “One of my principal responsibilities is to look after the finances of the government. There are some additional responsibilities that keep coming,” he said.

“In the US you do not have much of cricket. In India it is our favourite game. In the game of cricket, we call it night watchman,” he said, referring to his dual role. “The Prime Minister has asked me to fill in that role in some other departments. But my principal requirement is in finance,” Jaitley said.

US Commits to Work with India in Ensuring Maritime Security in...

Outlay for Phase 1 of FAME Increased by Govt