MENUMENU
Home Artificial Intelligence India and UAE could take the Lead in the Race for AI... 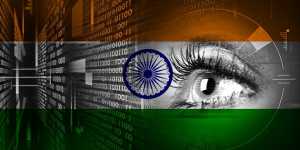 With a recent bilateral agreement, the UAE and India may have just snatched the lead in the race to become the global leaders in artificial intelligence innovation. By now it’s no secret that both nations have taken decisive measures to ensure investment into artificial intelligence is made a governmental priority, with India establishing a specialised AI task force falling under the ministry of commerce and industry, and the UAE going as far as to appoint the first-ever Minister of Artificial Intelligence, Omar Sultan Al Olama.

The newly formed partnership between the two nations aims to foster discussion around AI and also facilitate growth within the sector to the tune of $20 billion over the next ten years.

While China is predicted to exceed over a trillion US dollars in Gross Value Added (GVA) by 2030 and has traditionally been considered the Asian forerunner in AI both by the measure of financial investment and registered patents, this new inter-country partnership could see a rival player emerge across the continent.

According to Accenture Digital, AI will boost economic growth within the U.A.E. by 1.6 percentage points, adding $182 billion to the national economy by 2035. In contrast, even with a tech-savvy talent pool, renowned universities, healthy levels of entrepreneurship and strong corporations, India lags on key indicators of AI development. Despite this, however, by 2035 the GVA artificial intelligence holds for the Indian economy is projected to be a staggering $957 billion, or 15 percent of the country’s current gross value.

India’s predominantly informal economy has meant that AI related research and development has been largely confined to Universities, like the Indian Institute of Technology (IIT) and Indian Institute of Science, rather than the private sector. Conversely, projects like Smart Dubai 2021 are seeing digital transformation across not only the UAE’s infrastructure itself, but the corporate and start-up ecosystem it plays host to.

In the pursuit of cultivating wide-scale growth across the AI sector, Accenture’s research has identified five pillars as instrumental to fostering a vibrant ecosystem, namely: universities, large companies, start-ups, policy makers and multi-stakeholder partnerships. Commenting on how the newfound partnership could compliment each region to that end, was Christo van Wyk, the India and Middle East Area Director of AI powered Media Intelligence firm Meltwater:

“India is the largest producer of STEM graduates across the globe, while the UAE’s investment into digital transformation has been shown to be more aggressive than even the West’s. This partnership could arm one of the world’s fastest growing workforces with the tools necessary to make both the UAE and India not only the forerunners of AI innovation in Asia, but potentially the world.”

New AI chip makes the shortest distance in an instant