Guide to a Green Ride by Natural Battery Technologies 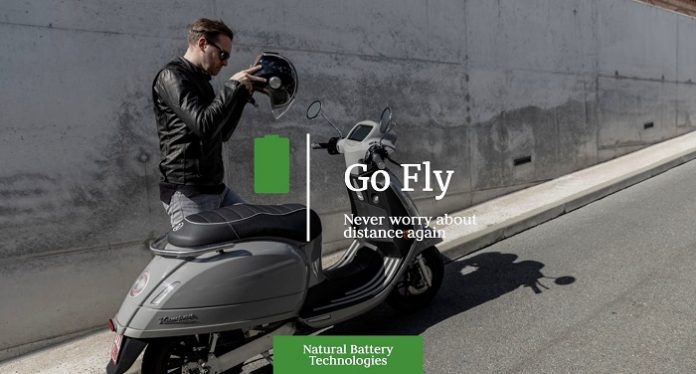 We are no aliens to the degrading conditions of our ecosystem because of continuous human intervention. Pollution still remains the root of several problems across the globe. With the alarming situation, mankind is now innovating technology to limit the damage and improve environmental conditions.

Stepping up and contributing his bit to help revolutionize the industry of electric vehicles, is Puneet Jain, a young and well-seasoned entrepreneur, who returned to India after a stint in Dubai. He quickly noticed the gap in India’s EV battery manufacturing market, and after extensive research and establishing ties with raw material suppliers, he launched NBT on June 28, 2021.

The products of NBT gained quick recognition in the marketplace due to their high build quality, longevity, and re-usability. Most batteries in the market use different core metals that are relatively unstable and have a poor life. NBT solves this problem through their line of Lithium-ion aka Li-ion batteries that are both safe and efficiently powerful.

To learn more about the company’s plans and visions, we talked to Puneet Jain, Founder of Natural Battery Technologies. Excerpts:

ELE Times: What is the latest technology used for manufacturing Li-ion batteries?

Natural Battery Technologies (NBT) manufactures batteries from different cell-level chemistries of cell cathodes and anodes. We at NBT are constantly developing new chemistries that are more efficient than the existing ones and wish to develop proprietary chemistry soon, so we can mass produce it and deal in contract manufacturing.

ELE Times: What is your date of inception, the day you put your first foot forward into the manufacturing business of Li-ion?

I have been working in the UAE, which exposed me to the booming international transportation market; after my stint in Dubai, when returned to India, the massive gap in the market for quality EV batteries caught my attention. This is how the idea of launching Natural Battery Technology came into existence and on {the date of inception} we launched NBT officially. Our first foot forward was to gather the raw material and study the market of EVs as well as its components, extensively.

ELE Times: How many employees are presently working with your company?

Currently, we are a strong team of 20 people across different verticals who work in tandem, contributing to NBT’s growth. We aim to expand our team shortly, which will also drive the company’s future growth.

ELE times would like to know about the company’s sales network and What is your company’s revenue for the last financial year?

We have strategic alliances with EV OEMs and resellers situated in parts of India. We have dealers and distributors who also contribute to our sales. Last financial year our sales figure stood at 11Cr.

ELE Times: Apart from portable electronics like cell phones or laptops, what could be the latest use of Li-ion batteries?

ELE Times: Will there be an alternative that can replace Li-ion batteries in the future?

There are competing technologies which omit the use of lithium such as sodium ion, graphite, and metal-air batteries to name a few. They have the potential to completely remove lithium (which is a highly flammable material) from the battery chemistry.

ELE Times: We would like to know about your present production capacity?

Currently, we have the capacity to produce 2500 units every month; we are aiming to increase this by 10000 within a year or so.

ELE Times: What is your product profile?

ELE Times: What are your plans?

NBT spearheads the two-wheeler EV space with its high-performance and swappable batteries across e-bikes and e-scooters. Moreover, the next move is to expand into solar power harnessing. We aspire to participate actively in the indigenisation of lithium-ion cells and the currently prevalent Chemistry.

Natural Battery Technologies is an Energy Solutions Provider which is on a mission to reduce Carbon Footprint and encourage faster adoption of Electric Vehicles.