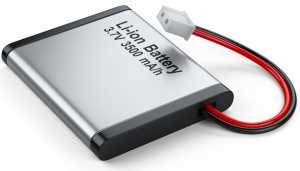 According to recently published study, the graphite market is projected to grow at ~6% CAGR during the forecast period of 2019-2029. Graphite is considered as one of the strongest, thinnest, and stiffest impermeable materials on earth, with good thermal and electrical conductivity, and very high energy efficiency. Commercialization of graphene with application of latest technologies and innovations is expected to lift the graphite market over the stipulated timeframe.

The global graphite market was valued at ~US$ 18 Bn in 2018, and is expected to reach ~US$ 39 Bn by the end of the forecast period
According to the brief research, China is expected to display remarkable production of graphite in terms of supply, and hold the largest share among all countries across the globe. Besides, the substantial demand for graphite in lithium-ion batteries and increasing demand from the automotive industry, owing to characteristic properties of graphite such as greater energy efficiency, high mechanical strength, and lubrication is expected to bolster the growth of the graphite market.

For instance, In July 2016, Tesla Motors announced setting up of a gigafactory for production of lithium ion batteries to aid production of 500,000 new electric cars by 2020. Around 72,000 tonnes of graphite is expected to be consumed for the same.
Additionally, according to Benchmark Mineral Intelligence—an agency involved in collection and assessment of data related to lithium ion battery supply chain—demand for graphite is expected to increase 200% during 2016–2020.

Graphene Set to Revolutionize Future Tech
The graphite market is a consolidated market due to the presence of several international market players. Industry players have laid their concentration on key developments such as expansion and research & development, to fulfill the increasing demand for graphite generated from end-users across various regions such as APEJ, Europe, North America, etc.
Graphene is a two-dimensional carbon nano material made from graphite and has various revolutionary properties. Graphene has the potential to revolutionize future technologies and influence various industries, including applications in various industries such as plastic & polymer, medical, coating, marine, chemicals, automotive, and construction.

For instance, according to Wall Street, at the end of May 2013, there were 9,218 patents published on graphene. With such large number of patents, a rise in number of graphene products is expected in the near future, in turn, driving the demand for graphite.
As per study analysis, international and regional players in the graphite market are offering high quality and natural graphite with several characteristic properties. This factor will result in substantial growth of the graphite market in the coming years.

China Leads Gains in the Graphite Market
China is the largest producer of graphite, accounting for over 70% of global production. In 2012, China’s Ministry of Industry and Information Technology (MIIT) released a document titled ‘Graphite Industry Access Conditions’ that comprises government plans and regulations on the treatment of graphite. The document considers graphite to be a rare earth mineral and proposes steps to regulate the market. China is likely to hold a prominent share in the graphite market throughout the forecast period.
Presence of leading market players in the country and merger & acquisition of new entrants are key factors pushing the graphite market growth in China.

This study reveals key insights in the graphite market and figures out that the market would exhibit a CAGR of ~6% during the forecast period. 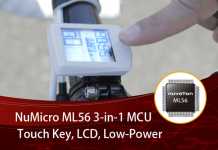 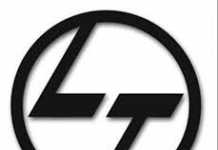 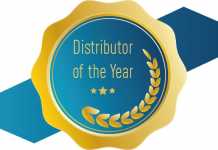