GoI to set up 400 clusters for electronics manufacturing 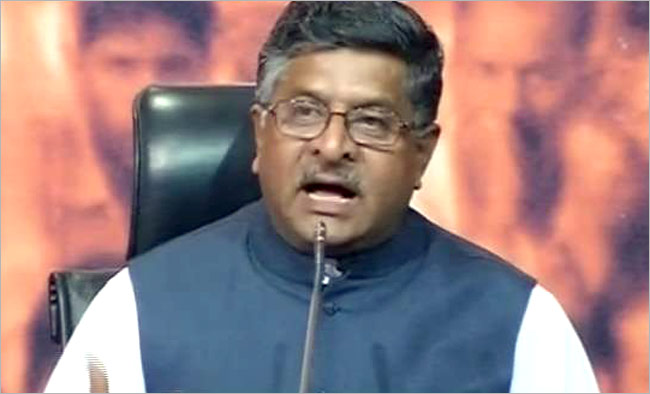 Union Minister of Electronics and Information Technology Ravi Shankar Prasad on an event in Gurugram, on January 11, 2017, said that with its focus on electronics manufacturing, the central government has planned to set up electronics clusters in 400 towns and cities.

He said that India’s electronics manufacturing market would be $400 billion by 2020.

Prasad was speaking at a session on ‘IT-ITeS and ESDM: The next era of State’s Growth and Innovation’ at Pravasi Haryana Diwas-2017, in Gurugram.

He lauded the initiative taken by Chief Minister Manohar Lal Khattar and his government to promote IT services in the state.

Prasad said that when he took over the Ministry of Electronics and Information Technology, Indian exports were worth Rs 11,000 crore which have gone up to Rs 1,26,000 crore as of December 2016.

He said that Indians have a passion for technology and therefore the digital eco-system in the country would change in the future, adding that digital payment is going to create a new digital infrastructure in India.

Prasad said that a minimum of 10 million Point of Sale (POS) machines and industrial machines were needed apart from mobile wallets.

He said that Haryana has a lot of potential and possibilities for innovations in the fields of digital payment, the internet, artificial intelligence, digital education and cyber security. These are a great platform for small and mid-level enterprises to grow.

The number of mobile phones in India is equal to the population of France and Italy combined, Prasad said, adding that about 42 mobile phone manufacturing companies and 30 component factories have been established in the country.