Free But Fair Trade: Modi Government Is Laying The Foundations To Engage In Free Trade In Future 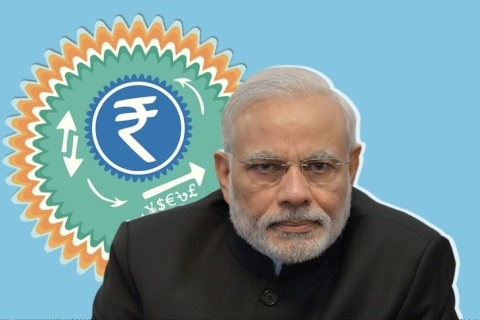 One of the flagship schemes proposed in the policy was Modified Special Incentive Package Scheme (M-SIPS) which aimed at offsetting disabilities in Electronics System Design and Manufacturing (ESDM) industries (such as high cost of finance, power, lack of infrastructure, etc) and attract investments.

The scheme proposed to give an incentive for investments on capital expenditure by companies to the tune of 20 per cent for investments in Special Economic Zones (SEZs) and 25 per cent in non-SEZs.

After the Narendra Modi government came assumed office in 2014 and launched the Make In India and Digital India missions, it also amended M-SIPS in 2015 after receiving feedback from various stakeholders.

The policy was further tweaked in 2017. The changes produced phenomenal results in just a few years.

Mobile device manufacturing rose from a value of a paltry $2.9 billion to $24.3 billion, making India the second-biggest hub of mobile manufacturing in the world.

In 2014, there were only two mobile handset manufacturing units in India.

Thanks to this significant addition in production, around 2 million jobs were created, directly or indirectly.

Bolstered by this success, the Modi government in June launched a more ambitious Production Linked Incentive (PLI) scheme worth Rs 40,951 crore apart from two others — Scheme for promotion of manufacturing of electronic components and semiconductors (SPECS) worth Rs 3,285 crore and Modified electronics manufacturing clusters (EMC 2.0) worth Rs 3,762 crore.

The PLI scheme, under which selected firms are intended to receive a financial incentive from the government if they invest a certain amount of money over the next five years, has been a runaway success.